In a truly grim case out of Goldsboro, North Carolina, police say they are actively searching for a woman whose mother was found dead in a freezer. Police say that they have been able to identify the woman, who was 75 years old, and are now looking for the daughter she lived with prior to her untimely death. 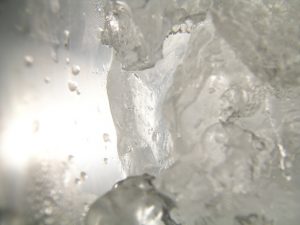 The terrible events began when a woman decided to buy a deep freezer from her neighbor. The purchase was made for only $30. At the time, the woman selling the freezer asked her neighbor not to open the lid, an odd response that made the neighbor wonder why. According to the original owner, the freezer was being used as a time capsule as part of a project with her Sunday school class.

The neighbor agreed not to open the freezer, believing what she was told about the project. According to the original owner of the freezer, someone from the church would be by to pick up the freezer, empty its contents and then return the freezer to the neighbor. The neighbor became increasingly suspicious when no one from the church ever came by. Additionally, the original owner said that she was leaving town the next day, claiming that she would be traveling to West Virginia to visit her mother who was supposedly in a nursing home in the state.

The neighbor’s suspicion eventually got the best of her and she opened the freezer and was understandably shocked to discover a frozen human body. The woman then called 911 to alert the authorities to the discovery. The woman told the 911 operator, “I have a serious problem. My neighbor sold me a deep freezer. I just opened it and there’s a body in there I think. I am freaking out.”

The neighbor says that there were no signs that the woman could’ve done something like this. She was an apparently sweet woman who kept to herself and stayed at home. Police say that they have issued felony warrants for the woman, Marcella Jean Lee. She is currently wanted for failing to report the death of her mother. Police investigators say that they have not been able to locate any next of kin. The mother was living with her daughter and had been for years, yet hasn’t been seen since August of 2015. Authorities said that the woman was not dismembered and there had been no apparent signs of foul play. That being said, they want to know how the elderly woman ended up inside the freezer and are pursuing the possibility of filing additional criminal charges.

As this case illustrates, in North Carolina it’s a crime to fail to report or conceal a person’s death. Specifically, the law says that concealing a person’s death is a Class I felony. The law says a person can be found guilty if, with an intent to conceal, he or she fails to notify law enforcement of a death or secretly buries or disposes of a body. The crime is heightened to a Class H felony if the deceased is a child under 16.

North Carolina woman wanted after her mom was found in freezer