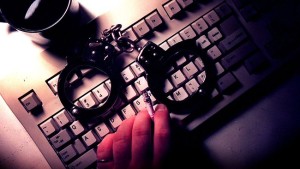 The United States charged Gilberto Valle in 2012 with violation of 18 U.S.C. § 1201, for seeking to “seize, confine, inveigle, decoy, kidnap, abduct, and carry away and hold for ransom and otherwise, a person[.]” In his indictment, the government alleged that Valle “communicated [over the internet] with a co-conspirator… about kidnapping, cooking and eating body parts of a woman.” The indictment also alleges that Valle accessed a law-enforcement database without authorization and traveled to Maryland to meet with a potential victim.

In 2013, a federal jury convicted Valle of conspiracy to commit kidnapping and of conducting a computer search of a federal database that exceeded his authorized access. Last year, a federal judge dismissed the conspiracy charge, agreeing with Valle that the government failed to prove “that he and his alleged co-conspirators entered into a ‘real’ agreement to kidnap one or more women.’”

Much of the government’s kidnapping-conspiracy evidence came from internet “chats” in which Valle and three alleged co-conspirators discussed “in graphic detail kidnapping, torturing, raping, murdering, and cannibalizing women.” On his profile on the fantasy sexual fetish website where the chats occurred, Valle said he liked “to press the envelope, but no matter what I say, it is all fantasy.”

In dismissing the conspiracy charge, the District Court noted that the conspiracy “existed solely in cyberspace,” that Valle’s co-conspirators were located in New Jersey, India or Pakistan, and England, and never exchanged accurate contact information or even sought to learn each other’s true identities. The conspiracy was one in which “no one was ever kidnapped, no attempted kidnapping ever took place, and no real-world, non-Internet-based steps were ever taken to kidnap anyone.”

In Valle’s case, prosecutors allege that he used a New York City Police Department software program that linked databases from certain federal, state and local law-enforcement agencies to search for woman he had known in high school—a woman prosecutors say Valle wanted to kidnap. No evidence was produced showing Valle used any of the information he accessed from his patrol-car computer in furtherance of a kidnapping conspiracy, and his defense counsel pointed out that he never shared the information with alleged co-conspirators.

The District Court let Valle’s conviction under the Computer Fraud and Abuse Act stand because, it reasoned, he had no law-enforcement purpose for accessing an alleged potential victim’s information in his patrol-car computer.

A decision in the case is expected later this year.

Manslaughter charge for teen who encouraged friend to commit suicide