Charlotte Criminal Lawyer Brad Smith answers the question “If I have an outstanding warrant, what should I do?”

Given the current Powerball fever, it’s fitting that a former lottery winner in North Carolina is in the news. Conventional wisdom says that those who win the lotto eventually fritter the money away, buying new houses, cars, taking expensive vacations or giving money away as gifts to eager (or greedy) relatives. Marie Holmes, the North Carolina woman who won a $188 million Powerball drawing last February, has taken a different approach: spending a substantial amount of her new money paying to keep her boyfriend, Lamar “Hot Sauce” McDow, out of jail. 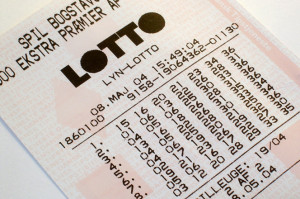 The trouble began almost immediately for Ms. Holmes. After winning the Powerball, she opted to take the lump sum cash payout, totaling $88 million. Within a few weeks of winning, Hot Sauce had already landed himself in hot water. He was arrested and given the option of being released on $3 million bond. That amount of money would be enough to keep most people locked up, but not if you are the live-in boyfriend of a newly minted millionaire. Hot Sauce was instead bailed out.

Several months after that, Hot Sauce found himself behind bars yet again, in August. This time, bond doubled, to $6 million. His loving girlfriend barely batted an eye and continued footing the bill, getting him released yet again. Hot Sauce was then arrested a third time in October, police say for behavior related to gang activity. Amazingly, Hot Sauce was arrested again, time number four in less than a year, only a few weeks ago. Police say this time Hot Sauce was arranging an illegal street race involving two Corvettes going over 100 miles per hour.

Hot Sauce was caught because of the GPS monitoring system that he had been forced to wear. The system showed that he was at a location that was not on his approved list, meaning home, work, church, doctor or court. Police arrived and spotted Hot Sauce, arresting him and carting him off to jail. This time, his bond was set at an astounding $12 million. And how did it end? Yet again, the Powerball money came to the rescue and bailed Hot Sauce out of his sticky situation.

One question you may have at this point is why did bail increase so dramatically for seemingly nonviolent offenses? The reason is that bonds automatically double if a defendant is found to have broken the rules of a pre-trial release program. The reasoning behind this harsh punishment is to incentivize those who are granted pre-trial release to take the opportunity seriously and avoid messing up again. Those who fail to seize the chance are hit with a pretty big stick. For most people, the doubling of fines would have been enough to succeed in keeping them locked up, but not if someone you know and love has tens of millions of dollars sitting around.

The second thing you might want to understand is what have all of Hot Sauce’s shenanigans cost? It’s hard to tell, because it isn’t 100% clear how the bond has been paid. When it comes to bond, there are 2 options: First, the full amount of the bond could be posted by the defendant (or on behalf of the defendant) in what’s known as a cash bond. In this case, assuming the defendant attends all court dates, the money would be refunded at the end of the process minus any court costs or fines. If that happened here, then it would’ve cost at least $21 million in upfront fees.

Far more likely is the second option, and that is a surety bond paid by a bail bondsman. Under this approach, the defendant (or loved one) pays a bondsman a set fee who then pays the full amount of the bond to the court. So long as the defendant attends the court hearings, no more money is owed to the bondsman, however, this initial fee is never refunded. Typically, though not always, these fees are 10% of the total bond. That would mean Hot Sauce’s legal escapades have run up a bond bill of more than $2.1 million, nonrefundable.