Bank robbery is very good demonstration of the maxim that crime very rarely pays off. Studies have shown that you might be able to make off with a few thousand dollars (at most, most bank robberies don’t even result in a large haul), but your chances of getting caught are extremely high. Once you’re caught, the money disappears, you’re forced to pay for a criminal defense attorney and then, depending on the facts, you may get slapped with serious penalties, including jail time. The upside is minimal, the downside is tremendous. That’s by design, the aim of the criminal justice system is to dissuade criminal acts. But what if the upside were higher? What if a criminal was able to profit from a crime? Is that even possible? To learn more about what happens if you try and make crime pay, keep reading. 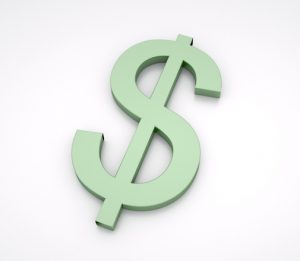 The issue of making crime pay was recently in the news after a book by Curtis Dawkins, “The Graybar Hotel”, was published by the publishing company Scribner. The book, about what life in prison is like, was very well reviewed. So what’s the problem? Dawkins is a convicted murderer. Dawkins was tried and convicted back in 2005 for murdering a man in Michigan. Dawkins, a married father with a Masters in Fine Arts had succumbed to drug addiction and decided to dress up as a mobster on Halloween night. He went trick-or-treating, but carried a real gun and shot someone in the chest who refused to give him money. He was later sentenced to life behind bars.

After years of toiling in prison, Dawkins decided to start writing, both to find something to fill his time and to explain to others what it’s like to be locked up for years. His writing caught the attention of a major book publisher and a deal was inked to print a new book. Though some have looked forward to the release of the book, the victim’s family has been adamantly opposed. They’ve said that Dawkins should rot in jail and ought not be allowed to profit from a story made possible by the murder of their loved one.

The case is one in a long line of examples of criminals who try and profit off of the commission of a crime. In most cases, it’s because the criminal tries to sell his or her story, often in the form of a book or movie rights. The first sensational example of this happening was the “Son of Sam” killer, David Berkowitz, in the 1970s. In that case, Berkowitz tried to cash in on his infamy, selling his story to various media outlets. Many were disgusted and states began passing what became known as “Son of Sam” laws intended to prevent this from happening.

The Son of Sam laws exist to deny convicted criminals the ability to profit from selling their story, regardless of the form (movies, books, newspaper articles, etc.). Profits are instead supposed to be held in trust for victims so that they will have a pool of money from which to draw should they bring civil suits. These laws were challenged in court by several criminals, including the person behind “Goodfellows”. The Supreme Court even considered the issue in the 90s, ruling that laws cannot single out a particular subject of speech and place burdens on it without states showing that the regulation was necessary to serve a compelling government interest.

The ruling from the Supreme Court prompted many states to revise their laws. Now some 40 states and the federal government have such restrictions in place aimed at preventing criminals from profiting from their crimes. The question by some is whether these laws are a good thing or if they instead stifle free speech for little effect. After all, does anyone think that a person would commit a crime and face years in jail just for the chance to make money off a book? The motivation is often far more understandable. What if these people have families and are trying to do what little they can from behind bars to bring in money to support them?