Typically, when you imagine a person using drugs or alcohol while driving you would expect that to lead rather quickly to a drunk driving charge. Though this is exactly the sort of situation that DUI/DWI crimes were meant to address, a recent incident in Atlanta highlights an odd facet of the system. According to law enforcement authorities, the fact that one driver was so far gone, clearly impaired and destructive, meant he actually managed to avoid a DUI charge. Now let’s explain why. 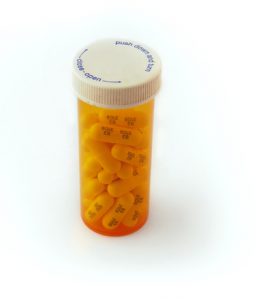 First, the incident occurred late one evening in early June. Other motorists had phoned in about a reckless driver moving along GA 92. The man was weaving in and out of traffic, had hit several vehicles and pushed at least one other car off the road. Some concerned motorists had tried to block the driver from causing further damage, warning other passersby and trying to slowly corral him off the road. Eventually, the impaired driver who had been swerving wildly by that point, pulled off the road and into a nearby parking lot.

What happens next would’ve seemed to be a foregone conclusion. Police would arrive, notice that the driver was impaired, maybe conduct a few tests to confirm impairment and arrest the man, charging him with driving under the influence. Except, in this case, that isn’t at all what happened. When police showed up, not long after the driver pulled over, they discovered the man was extremely lethargic and was drifting in and out of consciousness. The man’s wife was also in the vehicle and similarly intoxicated. She too was in and out of consciousness.

Because police officers deal with situations like this regularly, it didn’t take long for them to notice that something wasn’t right. More than just impaired, the driver and his wife were in bad shape. The police determined that the two may have overdosed on some kind of narcotic and administered a dose of Narcan to the driver to try and revive him.

Narcan is a medication called naloxone and is meant to reverse the impact of an overdose of heroin and certain kinds of painkillers known as opioids. The drug has long been available for doctors and those in emergency rooms, but in recent years there has been a push to give the drugs to police, firefighters and EMTs, those most likely to respond to emergencies.

Though Narcan has done wonders for those struggling with addiction and has allowed police and other emergency responders to save hundreds and thousands of lives, it is a very powerful drug. It impacts the system in such a dramatic way that once it has been administered, it prevents a normal alcohol or drug screen from working properly. Any evidence of drugs or alcohol in the person’s system would be compromised and impossible to detect using a normal screening process. This meant that under Georgia law, it was impossible to confirm intoxication and the man was never charged with driving under the influence, even though several witnesses are sure that it occurred. Instead, the man has been given two citations for hit-and-run and he and his wife are in the hospital for treatment.