A commonly repeated trope of the criminal justice system is that lady justice is blind. We say this because we hope that all are treated fairly before the law. The hope is that only evidence, cold hard facts, play a role in determining guilt or innocence, not a person’s money, family, background, race, or looks. Though there are reasons to doubt how true this is in practice, especially in years past, it’s been an ideal worth striving for. A recent study appears to indicate that there is plenty of room left to strive, concluding that a person’s physical appearance can have an impact on criminal sentencing. 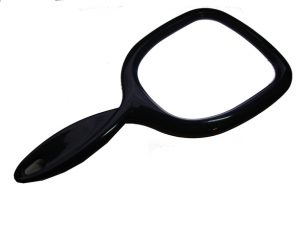 The study in question was recently published in the journal “Criminology”. The title does a good job of explaining the thrust of the research: “Facial Profiling: Race, Physical Appearance, and Punishment”. The lead researchers are Brian Johnson and Ryan King, two professors of criminology who were interested to learn more about whether a person’s physical appearance could play a role in how they were treated in the criminal justice system.

The study focused specifically on men in the Minneapolis-St. Paul metropolitan area. The researchers used data taken from the state’s Sentencing Guidelines Commission to draw a random selection of 1,200 men who had been convicted of felony crimes in the area since 2009. They were also able to get their hands on booking photos from local law enforcement agencies to have a sense of physical attributes.

The researchers and their assistants then set out to catalog their findings, creating a database of the crimes committed, the sentences served and the physical attributes of the defendants. The researchers asked assistants to score the men based on their appearance. The assistants, two men, two women, two black, one white and one Hispanic, were asked to rate them on things like attractiveness and dangerousness. Also on whether the defendant had a “baby” face or a more mature face.

Though rating men based on the level of their baby face may sound silly, the results were far from a laughing matter. The findings showed that overall, black, Hispanic and Native American men were seen as more threatening in appearance than white man. Asian men were typically seen as the least threatening of all. Men who rated highly for appearance or for having a baby face were also considered less threatening than other men. On the opposite end of the spectrum, those men with visible tattoos or scars were seen as more visually threatening.

This threatening vs. non-threatening breakdown proved important to a person’s ultimate outcome. Those men who were more attractive or more baby-faced had lower odds of being sentenced to jail time. On the other hand, those who were rated less attractive or with more mature faces were more likely to go to prison. Even more surprising, those with facial tattoos were more than twice as likely as those without such tattoos to go to prison.

Even more curious, men with facial scars were surprisingly less likely to get harsh sentences. Researchers say they aren’t entirely sure why this is, but have a theory. The working hypothesis is that the scars are viewed as a deformity and suggest to jurors that the defendant has previously experienced some kind of trauma from which he wasn’t able to defend himself. The scars are seen as a signal of victimization, which appears to be helpful to the defendants as it translates into more lenient sentencing.

The conclusion of the study is certainly troubling for those in the criminal law world. We want juries deciding cases and handing down sentences based on facts, not whether someone has a baby face or not. The fact that a tattoo could lead to significantly higher odds of being incarcerated is a problem and something that should be taken seriously by those thinking through ways to reform the system.

What is a mistrial?