It may come as a surprise to some that the right to bond, or at least the right to a hearing to determine if bond will be granted, is not a right afforded equally and to everyone. In a recent decision by the U.S. Supreme Court, it is now clear that the right to periodic bond hearings does not exist for many immigrants, even ones with permanent legal status or those seeking asylum. In practice, this means that certain categories of immigrants could be held for months, years, even indefinitely, without a right to petition a judge for bond. 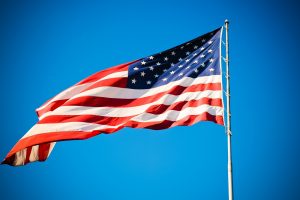 The case at issue is Jennings v. Rodriguez. In that case, a legal permanent resident was picked up for a misdemeanor charge of possession of a controlled substance. The man, Alejandro Rodriguez, had come to the U.S. as a young child and been working productively as a dental assistant. He previously only had one other legal infraction, as a teenager when he was convicted for joyriding. While awaiting a determination of his immigration status, he was detained for three years and never granted an opportunity to appear before a judge to request bond.

It was at this point that the ACLU stepped in and filed suit, arguing that Rodriguez had a right to a bond hearing. For Rodriguez, the legal intervention was a big success. The group won his release from detention and had the deportation order cancelled. He has since been able to remain in the U.S. In an attempt to broaden the applicability of the case, the ACLU made the legal challenge a class action, arguing that all immigrants being detained should have the right to a bond hearing.

It appeared that the ACLU had found a winning argument. After the Ninth Circuit Court of Appeals heard the case, that Court ruled in favor of the immigrant detainees. The Court found that immigrants and those seeking asylum could not be held indefinitely. The Court went on to specify that this right included a bond hearing every six months. To keep the detainees behind bars, the government would need to prove that the immigrants posed either a danger to society or presented a serious flight risk if allowed to go free. Failing that, the immigrants should be granted bond while awaiting a determination of their case.

The Obama Administration appealed the ruling, a case that was continued by the Trump administration. They argued that the courts should not have the power to make these kinds of determinations, claiming that that power resided with Congress and Congress alone. The government also contended that potential indefinite detention allowed them to keep potential terrorists and criminals from gaining admittance into the U.S.

The Supreme Court, in a 5-3 vote (with one abstention), sided with the government. The Court held that immigrants do not have any right under existing law to periodic bond hearings. The majority decided that government officials are allowed to detain certain immigrants while they determine whether they may be lawfully present in the U.S. and that there is no specific time limit on that detention. The case then sent the case back to the lower court, without resolving a few key issues. First, whether detention without the possibility of a bond hearing is constitutional. Second, whether challenges to the holding of immigrants without bond can be brought on a class-action basis. Experts say that the fact that these important questions were not yet answered makes it likely that the case will reappear before the Supreme Court again in the coming years, giving the justices another opportunity to clarify the question.