When most people imagine the IRS, the first thing that comes to mind is the prototypical big, bad government bureaucracy. The IRS is the kind of institution that sets rules and never loses. That is why when the IRS comes calling, most people do what they can to comply and get out of the way. Challenging the IRS seldom ends well and, as a result, is not commonly done. Thankfully, some people are willing to run the risk of getting on the wrong side of the IRS. That’s what happened recently with a small business owner from Buffalo, NY who fought the IRS and, to the surprise of many, won. 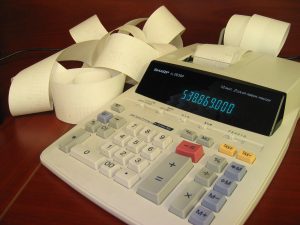 The court case was filed by Carlo J. Marinello II. The issue concerned a federal tax law that was used as the basis for a criminal obstruction conviction. Marinello was convicted of obstruction back in 2014, a federal crime. Rather than take his punishment lying down, Marinello appealed and kept appealing until he got his case before the U.S. Supreme Court.

The issue involved record keeping (or the lack thereof) at Marinello’s small business, a courier service. Marinello was targeted by the IRS and charges were brought due to poor record keeping. Marinello admits that he spent little time keeping good records. His personal income was commingled with his business income, a big no no. He lost and destroyed some bank statements. He did not keep good track of business expenses or receipts. Generally, the records were a mess.

As a result, the IRS went after Marinello for obstruction and the jury decided to convict based on the idea that poor record keeping was, on its own, enough to justify the crime. The question that Marinello raised on appeal was whether the law justifying the charge was too broadly written. After all, he argued, should sloppy bookkeeping be enough to throw someone in federal prison for years?

The U.S. Supreme Court heard Marinello’s case and, to the surprise of many, agreed with the small business owner that the law supporting the crime was overly broad. The Court voted 7-2 that the criminal tax law was subject to potential abuse by prosecutors looking to score easy convictions. The Court said Marinello’s case did not meet the necessary threshold for prosecution and that the law should not have been used as a basis to bring the case. Specifically, the Court said for the charges to be justified Marinello would have needed to know about the audit conducted by the IRS and then purposely destroy or hide evidence. In this case, Marinello was merely sloppy, not intentionally destructive.

The Court said that to have allowed such a conviction to stand would lead to troubling results. Justice Breyer noted that if filing a tax return was seen as enough to justify a charge like this, then any taxpayer who makes a mistake or runs afoul of the tax rules could be found guilty of obstruction.

The Court also smacked down the argument that these issues should be left up to prosecutors. The Court decided that prosecutorial discretion was too broad in this case and had left too much room for abuse. This concurred with one of the judges at the appellate level who reviewed the case and feared that prosecutors were able to run wild with the overly broad tax laws. He noted in his ruling that tax laws like this meant that prosecutors could say things like, “Show me the man and I’ll find you the crime.” Given this, Marinello’s victory is not a victory just for himself, but for many others who have been victims of prosecutorial overreach using similarly vague and over broad laws.

What is obstruction of justice?