For pop culture junkies the Taylor Swift/Kanye West feud dates back a long way, to 2009, to be precise. It was then that Kanye stormed the MTV VMA stage, interrupting Swift’s acceptance speech. The episode garnered tremendous media attention, an outpouring of support for Taylor and scorn for Kanye. The two stars have had several run-ins since, with Swift penning a few thinly-veiled songs about Kanye and Kanye continuing to court controversy. 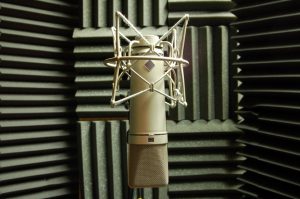 Things appeared to be looking up recently, with Kanye apologizing for his previous bad behavior; however, the truce was short-lived. Kanye recently released a song talking about how he might decide to have intimate relations with the pop star and, in an even more incendiary line, noting how he was responsible for making her famous. Swift unsurprisingly took exception to the lyrics and complained that they were evidence of misogyny.

Kanye and his wife, Kim Kardashian, were tired of being portrayed as the villains of the story and so it was with great fanfare this past week that Kim decided to release snippets from a phone conversation Kanye had with Swift prior to the release of his controversial song. The clips appeared to show Swift enthusiastic about the song, something that she has since denied. Swift released a statement saying the clips were selectively edited and indicate that Kanye neglected to mention the most troubling verses. It was also revealed that Swift’s lawyers had threatened both Kim and Kanye with legal action, noting that it is against the law to record someone without his or her permission. So are Kim and Kanye in criminal hot water? Let’s discuss.

First, is it illegal to record someone speaking? Not necessarily. Obviously if a person agrees to be recorded and gives their consent then anyone can record anything they wish. If the person does not give their consent and instead believes that they are engaged in a private conversation, that’s where the confusion arises. In some states, so long as one party to a conversation consents to having the conversation recorded then no law has been broken. This means that the person doing the recording can simply record the other party to the conversation. If Kim and Kanye were located in North Carolina, for example, then so long as one of them consented to having the communication recorded they could tape Swift’s phone call with no problems.

The issue is that Kim and Kanye likely weren’t in North Carolina, they were instead in California at the time the call was recorded, which is one of the 12 states that requires all-party consent. This means that everyone involved in a conversation must have given consent to be recorded, something that Swift claims did not occur. Where Swift was located doesn’t matter, the laws of the state of the person recording the call govern. Interestingly, it wouldn’t matter whether Kim had released the recording publicly or not, the law makes it a crime to record such a conversation, even if no one else ever heard it.

So what could happen to Kim and Kanye? First, before anything happens, Swift would likely need to file a report with a California police department. They would then investigate and make a recommendation to a prosecutor about whether or not to file charges. The two could then potentially be charged with a misdemeanor for violating California Penal Code Section 632 which could result in a fine of up to $2,500 (likely chump change) and imprisonment for up to one year. If the circumstances warranted a felony charge the jail time could, theoretically, increase to as much as three years. Whether any of this is at all likely to happen is another matter.

Streamers Beware, Sharing Your Passwords May Now Be A Federal Crime