Here in the U.S. we’re used to applying multiple levels of criminal laws. There are local ordinances, state laws and federal statutes and someone’s behavior can, at times, implicate all three. Though it’s fairly new, an emerging area of interest is international law and the punishments that can occur when crimes are committed by someone abroad. Taking things one step further, what happens if a crime is committed in space? A recent article in the Washington City Paper explored this unusual question. 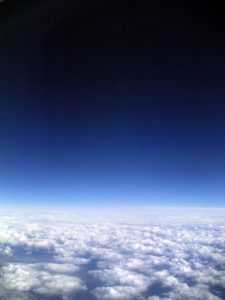 Let’s start by noting that this isn’t the first time someone has thought about the need for regulating what happens in space. Within a year of launching Sputnik, the U.N. created the Committee on the Peaceful uses of Outer Space (1958). After that, there was a treaty signed between many nations establishing that space and all celestial bodies are to be used for the benefit of humankind and cannot become the property of any one nation. Since then, there have been many other treaties, including several that affirm the heavens must remain the province of mankind. That said, the communal nature of space has its limits. A convention mean to require that all resources extracted from the moon be shared equally was signed by very few large countries.

Another issue to consider is the relatively recent existence of space tourism. Prior to 2001, those in space were either military officers or civilian employees under the direct control of governmental space agencies. Given this, punishment and jurisdiction should something bad happen was fairly clear cut. If an American astronaut did something wrong, he or she would likely be subject to the Uniform Code of Military Justice, doing away with concerns about courts and personal jurisdiction. Things changed in the early 2000s when rich people with money to burn realized they could pay to be tourists in space. As companies like SpaceX and Virgin Galactic continue their march towards reality, it’s a matter of time until even larger groups of ordinary citizens make their way to the final frontier.

So what would happen in such a case? Let’s walk through some of the hypothetical scenarios laid out by the Washington City Paper. First, and easiest, let’s say Jim and Sue are on a NASA shuttle and get into a scuffle, leading Sue to kill Jim. The most likely scenario, regardless of nationality, would be that U.S. criminal law applies. Under existing international legal norms, a principle known as territorial jurisdiction would apply because the NASA shuttle is owned by the U.S. government.

Changing the fact pattern slightly, let’s say that Jim and Sue are in a private shuttle, perhaps one of the ones created by Richard Branson. In that case, the shuttle would no longer be the territory of the U.S. government. That said, you would need to look at the country where the craft is registered. Like with boats, spacecraft would presumably have countries of registration and that country’s laws would likely govern. This is exactly what happens in international waters, with the flag country of the ship determining how occupants are punished for criminal matters and how they are treated from a taxation perspective.

What if, for some reason, the shuttle isn’t registered in a particular country? If that’s the case, then we have to turn to the concept known as nationality. We would look not to the national origin of the shuttle, but of the people involved in the criminal altercation. The nationality principle is the same concept that is used routinely in criminal issues today. It’s the reason that U.S. citizens have to do things like pay tax on income earned abroad and are forbidden from engaging in certain illegal activities just because they’re in a foreign country. Those who step out of line can be prosecuted domestically even if the crime happened out of the country or, at least theoretically, the world.