Charlotte Criminal Lawyer Blog
Charlotte DWI and Criminal Defense Lawyer Brad Smith answers the question “Should I ever plead guilty to a charge?” 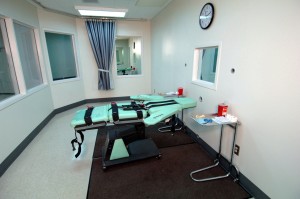 The brother-in-law of one of the victims of Wood’s 1989 double-murder questioned why executioners didn’t just shoot Wood, or give him “Drano.” Chief Judge Alex Kozinski of the 9th Circuit Court of Appeals suggested that lethal injections should be replaced with something more efficient, like firing squads.

The question in the Wood and Lockett cases is whether what happened to them during the process of putting them to death was cruel and unusual. Wood’s lawyers argued that, at the very least, those sentenced to die are entitled to information regarding the safety and reliability of the method of execution. One 9th Circuit Court of Appeals judge viewed that request, however, as just another tool in a broader effort by death penalty opponents to ban the practice altogether.

If you need assistance with a criminal matter, please do not hesitate to contact me to set up an appointment today. Arnold & Smith, PLLC is a Charlotte based criminal defense, traffic violation defense and civil litigation law firm servicing Charlotte and the surrounding area. If you or someone you know need legal assistance, please contact Arnold & Smith, PLLC today at (704) 370-2828   or find additional resources here.