It might come as a surprise to most people that something like the weather could have a noticeable impact on crime rates. Tracking weather trends and crime is something that experts have been doing for years, with many noting how long, hot summer nights often lead to spikes in criminal behavior. Interestingly, cold weather appears to also impact crime, though in a curious way. 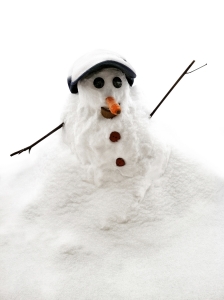 Charlotte-Mecklenburg police officers say that the recent frigid temperatures in the city have driven down the rates of some kinds of crime while other varieties have increased. A police department spokesperson said that violent crime rates were down dramatically, a trend they have noticed in the past.

Examples of these kinds of crimes include things like armed robberies, shootings and stabbings. All these categories showed marked declines in the past week or so as the weather became colder and colder. While violent crime rates were way down, other categories showed a worrying uptick.

One category that was up is domestic violence, which officers say often increases during cold weather. Experts hypothesize that the cold weather keeps people in their homes and that being cooped up with your significant other for long periods of time can lead to increased tension and sometimes fighting. Cops say that a similar thing happens during the holidays, when people spend a good deal of time indoors with the same group of people. Throw in some alcohol and it becomes a recipe for trouble.

Cops said that drug dealing presents an unusual case during cold weather. Though they don’t believe drug dealers actually stop working, the number of drug-related arrests typically declines when the weather is bad. The reason is that drug dealers move their activities in doors, often in their homes, which can make it much harder for law enforcement officials to crack down on the criminals.

“Police: Cold weather drives violent crime down, but others up,” by Brigida Mack, published at WBTV.com.