If you have seen the movie “Minority Report” starring Tom Cruise, you are familiar with some of the scary and seemingly futuristic ways that technology could come to influence the criminal justice system. Though we are not in danger of implementing some of the most terrifying ideas found in the movie, it is undoubtedly true that technological advancements are playing a greater and greater role in courthouses all across the country. We must all begin to grapple with these changes and decide how far we are comfortable letting computers and artificial intelligence shape our justice system. 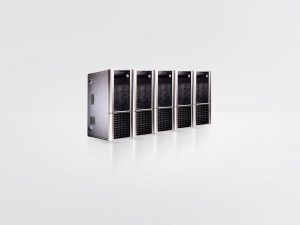 A good example of this was discussed in a recent ABC News article about a courthouse in Cleveland, OH. Reporters watched as an 18-year-old was brought before a judge for a bail determination after police found a small amount of drugs on him during a traffic stop. Normally, a judge would ask questions, discuss with prosecutors and the defense attorney and then use his or her best judgment and intuition when determining whether to release the person with bail and, if so, how much. What happened instead was that a computer system displayed a series of numbers for the judge, ranking the defendant 2 out of 6 for likelihood of committing another crime and 1 out of 6 for failing to reappear. The defense argued the judge should follow the AI guidance and release his client with a low bail.

This kind of thing is happening more and more in local and state courts across the country. States like Alaska, Arizona and Kentucky have all passed laws that rely on scoring systems to rank individuals based on their suitability for court supervised release. New Jersey went even farther, essentially eliminating the bail bond industry and relying instead on a system known as the Public Safety Assessment score to determine who should get released and to then help manage that process. The algorithm behind the PSA score is aimed at eliminating potential bias on the part of the judge. Rather than worry that a person’s gender, age, race or socioeconomic background unfairly influences a judge, the computer takes certain factors into account and releases a score for the judge to consider when deciding on release. These factors include a number of things like past convictions and age. More importantly, they exclude many others, things like race, gender, employment history and the neighborhood the person lives in.

Another AI-based system, known as Compas, has come under fire for its risk scores. A man in Wisconsin sued because he claimed Compas violated his rights by including gender as a factor in his rating. An investigation by a journalism group revealed that Compas had falsely flagged black defendants as likely future offenders at twice the rate of white defendants. These issue play into the concerns of many that the AI systems, while seemingly unbiased, may internalize and perpetuate certain forms of hidden bias.

Though computers are only offering information, not making decisions, many critics remain concerned about the increased use of technology in criminal matters. They point to studies that show decision-makers are influenced by algorithms, choosing to follow the guidance of the computer rather than think critically. This could lead to automatic decisions, rather than ones that are carefully arrived at. Critics urge courts to slow down the implementation of these new technologies until the full impact can be understood. Many believe that these shifts to using AI-derived information to base decisions on is one of the most important in decades and something so momentous should not be undertaken lightly.

Should Tech Companies Share Information With Defendants As Well As With Prosecutors?