We have discussed civil asset forfeiture before and how there is growing consensus around the country that the practice has many negatives and unfairly impacts those who are already among the most vulnerable. The system enriches local law enforcement departments, allowing them to seize the personal property of individuals who may never be charged with a criminal offense. Critics have long complained about the practice and those complaints seem to finally be catching the attention of lawmakers empowered to pass meaningful reforms. 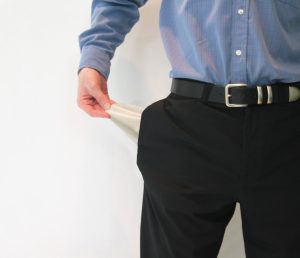 The latest state where lawmakers have paid attention is Michigan. A Republican state representative, Peter Lucido, introduced House Bill 4158 earlier this month. The bill is aimed at reforming the state’s civil asset forfeiture system. The goal is to allow law enforcement officers to seize those assets that are genuinely connected with criminal acts, while allowing other items of personal property to remain with their law-abiding owners.

According to Representative Lucido, the state’s existing system amounts to a violation of individuals’ due process rights under the Fourth and Fourteenth Amendments. Currently, personal property can be seized without the oversight of a judge or magistrate. Instead, a police officer simply decides that the property might be involved in the commission of a crime, specifically drug crimes. Once the officer makes that decision, he or she is empowered to confiscate the property. This confiscation can occur whether or not the person who owns the property is ever actually charged with a crime.

The issue is an important one in Michigan. Experts say that in a little over ten years, state law enforcement agencies raked in more than $244 million in revenues from forfeitures. That amounts to about $20 million a year in revenues. Given the huge amount of money on the line, the incentive for officers to keep the funds flowing is great. Despite this, there remains little if any oversight of the process as tens of millions can be seized annually, all without requiring a conviction.

The measure proposed by Representative Lucido would change that. His bill states that officers would be prohibited from confiscating personal property unless the suspect is found guilty of committing a crime in court. This would specifically apply to those seizures under $50,000, something that raises another important point. Though the forfeitures are supposedly aimed at stopping major drug crimes, the value of the property confiscated by police is almost always low, usually less than $1,000. This means the law is being used not against powerful traffickers, but to harass ordinary people.

Though you might expect pushback from local law enforcement officials, so far those in Michigan have been supportive of the reform effort. One official said that he supported the bill as it would be simpler and more fair to require criminal conviction before forfeiture is allowed. The state’s Attorney General also noted that conviction before seizure makes sense and is a good principle that law enforcement should be living by. Given the widespread support, many are hopeful the reform movement will pass. If it does, it will go into effect at the beginning of next year and put a stop to a practice that has allowed law enforcement to profit off the backs of potentially innocent people for years.