We have discussed civil asset forfeiture many times before, usually noting the ways in which the practice is used to unfairly seize assets from often-innocent individuals, enriching law enforcement agencies at the expense of the public. Given how lucrative civil asset forfeiture can be for law enforcement agencies across the country, there is little incentive for states to take action to reform the broken system. Thankfully, legislators in one state appear to be ready for a change and are considering important revisions to the existing law. 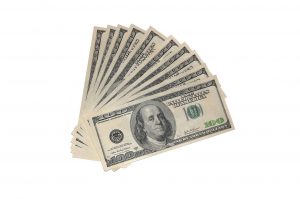 The state where the changes are being considered might at first seem surprising. Alabama is seldom known for its progressive legislation, but action has been spurred because the problem is so terrible. Alabama was ranked among the worst in the nation according to a study by the Institute of Justice. The law in Alabama helps to pad the budgets of law enforcement agencies by millions of dollars a year, while denying citizens their own money and property without normal legal protections. A few legislators have decided that enough is enough and have proposed a bill that will require reforms.

In Alabama, the current law is written in a way that is very favorable to law enforcement. Prosecutors are only required to prove that assets seized by police officers, usually cars, money, jewelry, even homes, are linked to criminal actions to the reasonable satisfaction of the court. This is a far lower burden of proof than prosecutors must meet in criminal cases, where evidence must be proved beyond a reasonable doubt. Rather than force prosecutors to meet a high evidentiary standard, it is the public, individual men and women, who must bear the burden. Perversely, they are forced to prove their innocence if they want to win back control of their property.

The numbers show just how bad the system is. Rather than link the asset forfeitures to criminal infractions, police can simply stop and seize assets from innocent people. This is demonstrated by the statistic that in 25 percent of incidents of asset forfeiture, no criminal charges were ever filed against the property owner. Given the low value of the seized assets, the average is only $1,300, individuals cannot afford to hire a lawyer to assist as the cost to do so would be too great. Because the process is handled by the civil courts, there is no right to an attorney. As a result, only about half of all cases are ever challenged, the rest result in automatic wins for the government. Even more troubling, in the rare instance that someone does challenge the forfeiture, the government prevails in nearly 80 percent of cases.

The plan proposed by legislators is to abolish civil asset forfeiture altogether. The civil system will instead be replaced with criminal forfeiture. Under the plan proposed by the legislators, prosecutors could only confiscate property after there has been either a felony conviction or a plea deal. If no charges are filed or if the person is acquitted, the seizure would not be permitted.

Whether the measure moves forward remains to be seen. Should Alabama succeed in passing the reform, dubbed the Forfeiture Accountability and Integrity Reform (FAIR) Act, it would become only the fourth state to do so. Only New Mexico, Nebraska and North Carolina have taken the step to eliminate civil asset forfeiture. The system has been simply too lucrative for legislators elsewhere to take meaningful steps to curtail the process.