Charlotte Criminal Lawyer Brad Smith answers the question: “When can I post on Social media about my ongoing case?”

It likely comes as no surprise to most people that the things they post online, particularly on the big social media sites, are seldom kept private for long. As users become savvier, they have learned that details once put on the internet seldom disappear. People may also understand that the tech companies behind these popular social media sites cooperate with prosecutors in criminal cases and will even share information with the government, provided they receive a valid court order or search warrant. What many may not understand is that the digital details shared with prosecutors are not similarly available to defense attorneys, leading to an often-troubling disparity in information. 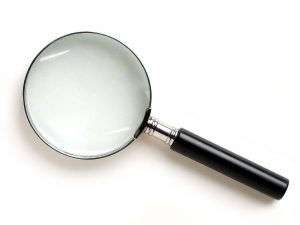 This issue, whether defendants have the same ability as prosecutors to access supposedly private digital information, is currently pending before the California Supreme Court. Experts say that the case could have sweeping implications, not just in California, but across the country. The case involves something known as the Stored Communications Act, which dictates how companies must protect and occasionally disclose private electronic information.

This question of privacy deserves a brief discussion. The Stored Communications Act, which was passed in 1986, prevents companies from knowingly sharing information to anyone but the sender and the intended recipient. The idea behind this rule is that the information transmitted is private and not intended for public consumption. Critics argue that this notion is woefully outdated and should not apply to information found on a person’s social media account. After all, these details were posted online and shared not only with friends, but friends of friends, often widely disseminated. How private could such information really be? Critics say that the Act needs updating given that when it was drafted before social media had ever been conceived (in fact, Mark Zuckerberg was only two years old at the time).

This specific case concerns a drive by shooting which left a young man dead. The teen who confessed to the shooting said he did so because the victim had tagged him in violent messages on social media and he feared that if he didn’t act first, he would be killed. The teen was convicted in juvenile court, while several others who were implicated in the shooting are currently fighting over access to supposedly private social media information. They want details of the victim’s and another involved party’s Facebook, Twitter and Instagram accounts. They believe this information could prove crucial to their defense and shed light on what really happened to spark the violent encounter.

The problem is that the tech companies are only legally allowed to share the information with prosecutors who are able to secure court orders, not the defense. A trial judge ruled that the defendants had a constitutional right to the social media records before trial and ordered the tech companies to hand over the data. The companies appealed, and the appeals court disagreed, saying that even if such a right existed that would trump the Stored Communications Act, it did not apply until the trial stage, not beforehand.

The case is now before the California Supreme Court, which must answer a few questions. First, does the Stored Communications Act even apply to this situation? Should the information posted on a public social media site ever be deemed “private”? If so, is the Act unconstitutional because it prevents the defense from building a strong case? Finally, if so, what can be done about it? One idea being floated by some is that prosecutors should be made to go out and get court orders on behalf of the defense, something that the defendants would be prevented from doing on their own. Whether such a scheme could ever work in reality given the adversarial nature of the criminal justice system remains to be seen.