J. Bradley Smith of Arnold & Smith, PLLC answers the question “What happens if I am convicted of a DUI or DWI in Charlotte North Carolina?” 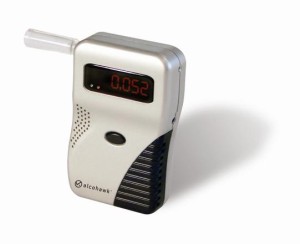 The Kansas Supreme Court ruled 6-1 that the state’s law was unconstitutional as it violated a person’s rights to be free from unreasonable searches and seizures. The Court held that the tests were searches and, given that they were taking place without warrants, they were also unconstitutional. The Court ruled that while the law says that implied consent is granted by operating a motor vehicle, such consent can always be withdrawn and that such withdrawal of consent cannot be criminally punished. In the absence of a warrant, searches cannot proceed once a suspect withdraws consent.

Prosecutors had argued forcefully that the law was constitutional, saying that the government had a compelling interest in fighting drunk driving. The government claimed that an individual’s right to privacy is outweighed by the government’s interest in keeping dangerous drivers off the roads. The Court, however, clearly disagreed and said that the right to be free from unreasonable search and seizure is fundamental and must be protected from encroachment.

The ruling throws Kansas prosecutors into disarray as there are many such refusal to consent cases pending. Prosecutors must now decide how to handle these pending cases, with many experts believing the charges will be dismissed.

In a second ruling released at same time, the Kansas Supreme Court reiterated their point that the implied consent law was unjust. The Court held that a person who consented to a search after being told that he would face criminal prosecution for refusing could not be found to have given genuine consent. Instead, the threats from the officer about criminal prosecution for refusal amount to coercion under the law rendering the consent invalid.

Critics of implied consent laws celebrated the ruling, saying that for too long these laws have been used to force people to plead guilty to DUIs to avoid being charged with the additional crime of refusing to submit to a chemical test. The recent ruling means that, at least in Kansas, individuals no longer need to worry about incriminating themselves if pulled over and suspected of drunk driving.

To be clear, the ruling does not prevent officers from performing chemical tests to determine intoxication; such tests can still be done without a driver’s consent. However, for such a test to take place legally, a judge must first authorize a search warrant requiring the test. The recent ruling means that without such a search warrant, a person’s refusal to submit to a chemical test can no longer be punished as a separate crime in Kansas.