Charlotte DWI and Criminal Defense Attorney J. Bradley Smith of Arnold & Smith, PLLC answers the question “Is there more than one way for police to charge a person with DWI?”

A recent incident in New York reveals yet another way in which social media has made it easier for law enforcement authorities to track and convict criminals. Over the weekend, a man on Long Island decided to livestream his late night drunk driving, broadcasting his reckless conduct to the world on Periscope. According to authorities, they were able to use the live video feed to determine the suspect’s location and arrest him. Not only did the livestream facilitate the man’s arrest, but it also provided ample evidence for authorities seeking to gain a criminal conviction. 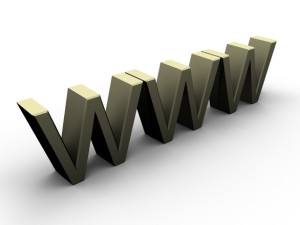 The incident, though extraordinary, is not actually as uncommon as you might think. With alarming regularity, individuals are inadvertently incriminating themselves by posting things that they shouldn’t on social media. Given the serious risks of self-incrimination, here are some actions to refrain from on social media and how they could possibly be used against you in a criminal charge related circumstance.

One of the most serious problems with social media in terms of self-incrimination is the risk that someone posts a direct admission of guilt. Posting a comment on Facebook or sending a Tweet that directly admits to committing a crime is obviously problematic, legally speaking, as it presents an incriminating admission that authorities can later use against you. It doesn’t have to be written for it to be a problem either; short videos on YouTube or Vine can also be used to link you to a criminal act.

Even if you yourself don’t say anything incriminating, your friends might. If you are closely tied to someone else online and frequently like or comment on their posts, you might find yourself swept up in their bad decisions. Beyond being linked as a possible coconspirator, you could also be viewed as a potential witness. Be careful pretending not to know someone who investigators can clearly link you to through social media, you just might find yourself facing perjury charges.

Another easy way to incriminate yourself through social media is by revealing your location. Though this may not seem immediately apparent to most people, this is often one of the most useful aspects of social media accounts for law enforcement authorities. Watching to see where a person “checks in” or the time a person updates his or her account can be incredibly useful to investigators trying to piece together a crime.

In the end, remember that “private” doesn’t really mean private. Just because you think you’ve locked your social media account down or are only sharing information with your “friends”, it is absolutely the case that things posted online have a habit of getting out and are easily distributed to wider audiences than may have initially been intended. The only way to ensure that something isn’t used against you later is to never put it out in the world in the first place.