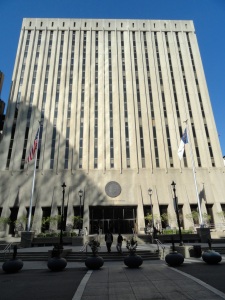 Superior Court Judge Paul Gessner sentenced Cooper, who is 40, to at least twelve years in prison. Given credit for time served, Cooper could be out of prison well before he turns 50.

Cooper’s trial pulled back the curtain on Cary’s “big house” social scene, “where neighbors fell into duplicitous relationships or extramarital trysts after getting together for board-game nights, backyard barbecues or Halloween parties,” according to the Raleigh News & Observer. The Coopers were not immune from marital difficulties, and Nancy Cooper had hired a family law attorney and planned to move out of the home she shared with Bradley Cooper and their two small children.

The couple had attended a party at a neighbor’s house the night before Nancy Cooper disappeared. Witnesses said the Coopers argued at the party. Nancy Cooper was reported missing the following day. Her body was found not far from the Cooper’s home. An examination of her body showed that she had been killed sometime between midnight—when she was seen leaving the party—and noon the following day.

Both of the Coopers were Canadian. Friends described Nancy Cooper as a former career woman who had to rely on Bradley for support because she had not yet ascertained the necessary legal documents to work in the United States. Friends of the Coopers described Bradley as controlling, giving his wife an allowance but restricting her access to the couple’s bank accounts. Numerous witnesses testified regarding the Coopers’ crumbling marriage.

The guilty plea was a long time coming for Nancy Cooper’s family. Her mother, Donna Rentz, said she wished Bradley Cooper had explained “what he did and why he did it,” but said that now that he had acknowledged the crime, the family can move on.