Police from Catawba County, North Carolina arrested a man for drunk driving on a moped nearly two years ago. Aaron Barkley, 34, has since been sentenced as a habitual offender, meaning the drunken moped operator will now face serious jail time. 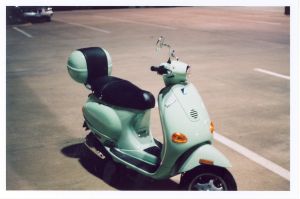 The District Attorney’s Office in Catawba says that Barkley was arrested back in May of 2012 after police say he scooted right through a driver’s license checkpoint. When police took off after him and pulled him over, the officers administered a Breathalyzer test and found that his BAC was 0.11 percent, well in excess of the state’s legal limit.

Because Barkley has been convicted of drunk driving three times in the past, he faced heightened punishment this time around. Just this past week a judge sentenced Barkley to 23 months behind bars.

Though it may come as a surprise, if Barkley had been driving in South Carolina at the time he would not have faced drunk driving charges. That’s because in South Carolina, mopeds are not listed as “motor vehicles” and thus cannot serve as the basis for a DUI charge. Instead, a drunken moped driver could only be cited for something like disorderly conduct.

However, here in North Carolina the laws are quite different. North Carolina General Statutes Section 20-138.1 says that a person commits the offense of impaired driving if he or she drives “any vehicle” on any highway, street or “public vehicular area” in the state.

Another section of North Carolina law, N.C.G.S. Section 20-4.01 contains a definition for the term “vehicle.” The law says that a vehicle includes any “device in, upon, or by which any person or property is or may be transported or drawn upon a highway, excepting devices moved by human power or used exclusively upon fixed rails or tracks…” Legislators who drafted this provision made clear that the only exception to the impaired driving arrest is for those on a horse. That means people like Barkley who decide to imbibe too heavily face impaired driving charges as if they were behind the wheel of an ordinary passenger vehicle.