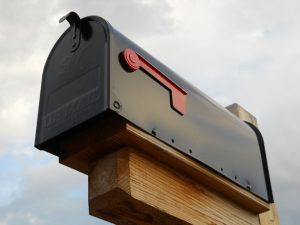 A recent series of prosecutions involving individuals whose crime involved mailing bills to the government appears to be a good example of what happens when prosecutors lose sight of their mission and twist laws to persecute those they disagree with. The cases involve those individual involved in the “sovereign citizen” movement. Members of the movement deny the legitimacy of the federal government, believing it lacks authority over citizens. One way the group demonstrates its lack of respect for the federal government is by taking bills that they owe and mailing them to various government officials or agencies, including notes saying things like, “Thanks for paying this debt.”

One such protester is a man in Colorado named Gunther. Gunther on five occasions sent personal bills to the USDA for payment. One involved his wife’s $5,000 student loan payment, another was for a 2012 Chevy Camaro that cost Gunther more than $65,000. In each case, he included a note along with the bill politely asking the agency to pay up on his behalf. There is no evidence that anyone in the government believed these bills were legitimate or ever considered paying them. Instead, this was viewed as what it is: a bizarre form of political expression by a fringe group.

Despite the seemingly innocuous behavior, government prosecutors brought serious charges against Gunther and several others. The prosecutors say that Gunther and others were lying in an attempt to enrich themselves at the government’s expense. Gunther has since been charged with various felonies carrying the prospect of 25 to 30 years behind bars.

So what are the crimes that prosecutors charge these sovereign citizens with violating? In some cases, bad check charges are the basis for criminal action. In others, it’s the False Claims Act. The False Claims Act makes it a felony to present any claim against the United States knowing it to be false or fraudulent. Critics say that the bills asking for payment aren’t a form of fraud, they’re instead constitutionally protected forms of First Amendment protest.

Despite the criticism the prosecution has received for bringing these charges, it appears that Gunther and others will need to go to court and convince a judge to dismiss the charges. The hope is that the judge exercises his or her discretion and dismisses the indictment out of hand, making clear that the False Claims Act cannot be used to chill otherwise legally acceptable free speech. Though many expect this to happen, critics, including the author of the Bloomberg article, argue that it shouldn’t have gotten this far. The prosecutors themselves should have dismissed these cases as the charges represent an attempt to use vaguely worded criminal laws to suppress free speech, something no prosecutor should be allowed to do.