One unfortunate consequence of the recent election mess has been that little attention is getting paid to some serious issues. While reporters hunt for embarrassing information about the presidential candidates, not enough is being done to force either of the major party nominees to speak to some troubling concerns, including issues like criminal justice reform. A recently published report lays out some of those troubles, putting in stark terms the terrible toll drug possession crimes take on the country. 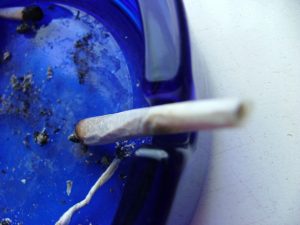 The American Civil Liberties Union and Human Rights Watch recently worked together to publish a report about the damage caused to individuals and communities across the country thanks to drug possession arrests. The report, titled “Every 25 Seconds: The Human Toll of Criminalizing Drug Use in the United States,” came to some pretty alarming conclusions. For one thing, the report notes that every 25 seconds someone in the U.S. is arrested for possessing drugs intended for personal use. On a normal day, approximately 137,000 people are incarcerated for drug possession. Even more troubling, one out of every nine arrests is for drug possession, totaling some 1.25 million per year.

Another amazing statistic pulled from the report indicates that the number of arrests last year involving possession of small amounts of marijuana exceeded those for all violent crimes combined. That means people busted for possessing personal use amounts of pot were arrested in larger numbers than those for murder, rape and assault. This alarming fact begs the question, is this really what we want?

One question the report asks is whether the resources dedicated to arresting and incarcerating individuals for using illegal drugs are worth it. Though we all agree the police play an important role in maintaining order in our society and that laws are good at restricting clearly unacceptable behavior, it’s debatable whether drug possession is an area deserving of such a disproportionately important focus. After all, are the consequences of drug possession for personal use so bad as to justify the expenditure of so many resources? Those behind this report believe that if we understood just what this focus on criminalizing drug use is costing the country, we might be less interested in maintaining the status quo.

The report goes on to discuss the long-term consequences of such arrests. Beyond the time and money spent jailing these individuals, the arrest and conviction can come with many other costs. Criminal convictions, even for minor drug possession, can haunt a person for decades. Conviction for drug possession can result in people being denied access to certain housing, losing the ability to pursue higher education, result in denial of welfare assistance and, most importantly, make it difficult if not impossible to get and hold good jobs. This then pushes those arrested for drug possession further into the fringes of society, making it more and more likely they will reoffend or even engage in more serious criminal behavior.

The report concludes that this approach to dealing with drug crimes is not only costly on both a personal and societal level, it’s ultimately ineffective. By toughening drug laws, we punish rather than help those in need. For the past several decades drug laws have grown harsher and harsher, yet the drug problem in this country continues to worsen. Rather than continue down the same path in the hope of seeing different results, it may be time to change approaches and, rather than punish, work to help those with drug problems try to overcome their addictions.