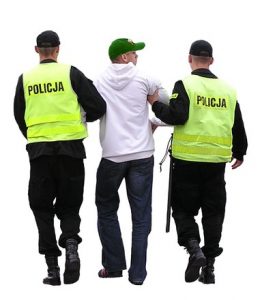 Ahmad Rahami is set to have his first court appearance the week of October 10, 2016. Prosecutors charged Rahami with federal terrorism and state-level attempted murder of a police officer charges weeks ago. The government’s denying him access to an attorney caused defense advocates to argue with the court until the ACLU was allowed to step in.

The constitutional right to an attorney is granted to all those criminally accused in the United States—even those facing terrorism charges. If you are indigent, or poor enough to not be able to afford your own attorney, the government has to provide one for you. So how and why did Rahami (who was found indigent and therefore qualifies for a public defender) face charges for weeks before being granted access to legal representation?

There are several potential answers to this question. The first is a largely practical consideration—prosecutors have insisted Rahami has been unconscious and intubated the majority of the weeks since he was formally charged. The federal public defender who tried to meet with Rahami was told this repeatedly when he tried to gain access to the defendant at the hospital.

While it makes sense that an unconscious person probably has no need for an attorney, it certainly raises suspicions when the person telling you your client is unconscious is the party responsible for building a court case against him. The public defender pointed this out to the court, which, until recently, agreed with prosecutors that Rahami did not need a federal public defender…because he had been arrested on only the state charges. But here’s the thing—state public defenders who sought counsel with Rahami were also denied access.

The terror suspect’s case is too apt an opportunity to examine the right to an attorney to pass up.

Thanks to Law and Order reruns and real-life interaction with the law, many people know the “right to remain silent” and “right to an attorney” portions of their Miranda rights that police are required to recite to an individual at arrest.

But when does this right to an attorney apply?

The Sixth and Fourteenth Amendments to the U.S. Constitution guarantee a person formally accused of a crime the right to an attorney. A person is considered formally accused once either the prosecutor officially brings charges against that person, or a grand jury votes to indict (charge) them. This is the stage at which the accused is referred to as a “defendant.”

In addition, the Fifth Amendment gives a person suspected of a crime the right to an attorney in situations where they are in the custody of law enforcement and subject to questioning. This protects the right against self-incrimination, and kicks in at the point where an investigation becomes accusatory and begins to focus on a specific suspect.

Even if you’re not facing the types of incredibly serious charges Rahami is, it is important to be aware of the points at which you are entitled to counsel. The above information is a cursory overview of the right to counsel, but the particulars of whether the right applies to any given interaction between a person and law enforcement are nearly endless.

For example—what qualifies as being in the “custody” of law enforcement? Does it count as custody when the police corner you on the street and start asking about your whereabouts 30 minutes prior? What type of “questioning” by police triggers the right to have an attorney present? The answers to these questions could fill a graduate thesis—although, for information’s sake, whether a person feels free to leave a police encounter generally informs whether a situation counts as “custody,” and communications designed to provoke a response from an individual suspect generally qualify as police “questioning.”