The federal appellate court with jurisdiction over North Carolina just ruled in a surprising decision that “armed” does not automatically mean “dangerous” within the context of stop-and-frisk searches by police. 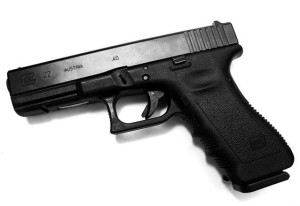 The holding from the United States Fourth Circuit Court of Appeals has some positive implications for armed citizens and reflects an uptick in Second Amendment rights over the past several years.

The seminal United States Supreme Court case of Terry v. Ohio held in 1968 created the legal standard required when police “stop and frisk” and person so as to not violate that person’s Fourth Amendment rights against unreasonable search and seizure. Each element has its own independent requirements.

Terry was intended to protect the safety of police officers and is typically given great deference by the courts for that reason.

Courts typically construe “armed and dangerous” in a Terry context to mean that if a suspect was armed, they were also dangerous.

This new ruling, however, takes a more nuanced approach. In U.S. v. Robinson, police received a “tip” that someone observed a black man loading a handgun in a gas station parking lot, putting the weapon in his front pants pocket and riding off in a distinctively-colored Toyota Camry.

Police quickly found the vehicle in question. What happened next is a perfect example of how police routinely use Terry/traffic stops as a way to search for other crimes. This method has been widely criticized by defense advocates over the years as a tool that gives law enforcement entirely too much discretion and room for discriminatory profiling.

The police pulled Robinson over for a seatbelt violation. Because he was technically breaking a traffic law, this gave them the power to pull him over. Robinson did not argue with this fact at trial. Police ordered Robinson out of the car and asked him if he had any weapons. Officers reported that Robinson only responded to this inquiry with a “weird look.”

Robinson’s understandable reaction here is an important fact in the case. Robinson was pulled over and eventually arrested in West Virginia, a state also under the jurisdiction of the Fourth Circuit. State law in West Virginia does not require armed citizens to inform officers, if they approach, that they are armed.

In North Carolina, however, our laws do require armed citizens to admit to approaching police that they are armed.

When Robinson did not verbally respond to the officer, he was ordered to put his hands on his head. The officer conducted a Terry pat-down and found the gun. Police admitted that besides not immediately answering the officer’s question, Robinson was cooperative with them throughout the process and never made any movement suggesting that he was reaching for a weapon.

Robinson was charged with felon in possession of a firearm.  The trial judge ruled that while police’s frisk of Robinson was legal because:

The appellate court disagreed. A general high level of crime in the area and the tip police received saying Robinson was armed were not enough to give police the reasonable suspicion that Robinson was being dangerous.

However, this decision largely hinged on the fact that both the open and concealed carry of firearms are legal in West Virginia (the same is true of North Carolina). The court pointed out that if Robinson had been stopped in a state where concealed carry is not legal, the officers would have been justified in frisking him because concealing a firearm would be criminal activity involving a deadly weapon.

It is unclear how this would have played out if Robinson had been arrested in North Carolina. Although we allow open and concealed carry like West Virginia, our law requiring armed citizens to advise approaching police they are armed could have tipped the scales in the officer’s favor. Either way, the Robinson ruling reflects a generally positive development in the world of defendant rights.