It is no exaggeration to posit that millions of men and women have fought and died for the freedoms we enjoy as citizens of the United States of America. At the very bedrock of our Constitutional system is the right of criminal defendants to trial by a jury of one’s peers. 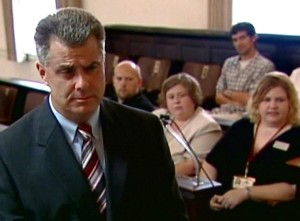 The Sixth Amendment to the United States Constitution provides that “In all criminal prosecutions, the accused shall enjoy the right to a speedy and public trial, by an impartial jury of the State and district wherein the crime shall have been committed…” It is the job of judges and courts to determine what laws mean—including the text of the Constitution.

In general, the Sixth Amendment jury-trial right has been interpreted to apply in both civil and criminal cases in which a defendant is threatened with an active prison sentence. Traditionally, felonies were defined as the more serious criminal offenses for which punishment often meant an active prison sentence, so defendants charged with felonies were generally entitled to trials by jury. Defendants charged with misdemeanors who did not face a potential prison sentence did not enjoy the right to trial by jury. Their cases were heard by a judge. Those cases are called “bench trials.”

With the advent and expansion of modern criminal codes, states have blurred the lines between crimes that may result in an active prison sentence. Many states—North Carolina among them—have different classes of felonies and misdemeanors, and some of the more serious misdemeanor offenses may subject a criminal defendant to an active prison sentence. That means nowadays some misdemeanor criminal defendants enjoy the right to trial by jury.

In 2011, the United States Supreme Court addressed in Turner v. Rogers the manner in which civil child support contempt cases were conducted in South Carolina. In those matters, fathers who had fallen behind on child support had to answer for why they had failed to pay—without the assistance of counsel and without a jury. Even though the child support matters were not criminal, judges could imprison defendants using their contempt powers. In other words, the fathers had been ordered by the court to pay. They failed to pay. The court found them in contempt and jailed them. The Supreme Court ruled that since the fathers faced imprisonment, they were entitled to a trial by jury—as well as counsel and other rights the Sixth Amendment affords.

Now the Tar Heel State is proposing an Amendment to its State Constitution that would give defendants charged with felonies the right to waive a jury trial. That means that if you are charged with a crime and you are entitled to a jury, you can ask to have your case heard by a judge instead. Voters in North Carolina will decide on the proposed amendment this November.

In general, court processes before juries are lengthier than those before judges. If a significant number of criminal defendants waive jury trials, the State stands to save millions of dollars every year, not to mention time and energy that could be devoted to clearing already overflowing dockets. Critics of the proposed amendment fear it will reduce citizen participation in the legal system, will lead to so-called judge shopping by lawyers who want to get their clients’ cases heard in front of certain judges, and will result in pressure being placed on criminal defendants to waive their Constitutional rights.

Any time the Constitutional rights of citizens are on the ballot, citizens need to be informed. Check the links below to get more information about the amendment, or give us a call if you have questions or concerns regarding how the amendment may impact you or your case.

Jury Selection to set to begin in Edwards’ case