Law enforcement officials in South Carolina announced a major raid on a huge cockfighting ring in McBee, SC this past weekend. The cockfight attracted dozens of people to the rural town, with large numbers coming in from neighboring states like North Carolina. 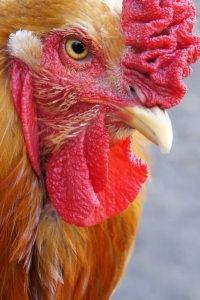 Police say that nearly 50 people have been charged in connection to the cockfight, which took place this past Saturday evening. When officers raided the fight, they found more than 100 chickens trapped in two enclosures. The enclosures were makeshift fighting rings where the birds were placed in large groups and forced to fight to the death. Officers say that by the time they arrived more than 10 chickens were already dead. The survivors will be treated for their injuries and placed up for adoption.

Officers say they heard about the fight after receiving an anonymous tip from someone who was expected to attend. Deputies from Chesterfield County were then dispatched to confirm the existence of the gathering and arrest those that were participating in the illegal sport. Officials say that additional charges will soon be leveled against the man they suspect is the ringleader of the cockfighting operation, leading to a possible lengthy prison term.

Though many people may realize that animal cruelty is illegal in both North and South Carolina, some might be surprised at how specific the rules actually are. The more general rules concerning cruelty to animals states that anyone who intentionally wounds, injures, torments or kills an animal shall be guilty of a Class I misdemeanor. If the actions are found to be malicious, then the crime will be escalated to a Class H felony.

Here in North Carolina, cockfighting is directly mentioned in the state laws. North Carolina General Statutes Section 14-362 says that any person who instigates, promotes, conducts, participates in or is a spectator at an exhibition that features cockfighting will be found guilty of a Class I felony.

Not only does the law say that anyone involved in a cockfight can be arrested and charged, but the owners of property where a cockfight is staged are under a legal obligation to evict those that allow such fighting to take place.