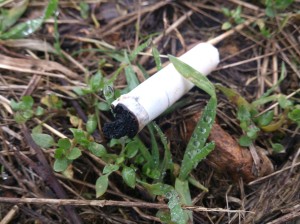 No physical evidence connected the men to the crime. DNA found on the cigarette butt in a soybean field near victim Katrina Buie’s body did not match McCollum or Brown, and fingerprints taken from a beer can found at the scene did not match them either. New tests of the cigarette butt matched another man’s DNA. That man is serving a life sentence for a similar rape and murder that occurred less than a month after Ms. Buie’s killing.

The inmate, who is now 74, told Sharon Stellato, the associate director of the North Carolina Innocence Inquiry Commission, that Buie used to come to his house and buy cigarettes from him. He admitted seeing Buie the night she disappeared and said he gave her a coat because it was raining. That is why, he said, his DNA may have been at the scene. Stellato said it did not rain the night Buie went missing nor the next night.

She also told the court that the man insisted that McCollum and Brown were not guilty, but denied committing the crime himself. He alleged Buie was alive when he last saw her.

Ken Rose, an attorney at the Center for Death Penalty Litigation in Durham who represented McCollum for twenty years, said it was “terrifying that our justice system allowed two intellectually disabled children to go to prison for a crime they had nothing to do with, and then to suffer there for thirty years.”

Family members of McCollum and Brown gasped and sobbed as Judge Sasser announced his decision to the packed courtroom. James McCollum—Henry McCollum’s father—told the Associated Press that he had waited years and years for justice. “We kept the faith,” he said.

Still, as a cousin of both men acknowledged, the result was bittersweet for the McCollum, Brown and Buie families.

“There are no winners,” the man said. “They lost somebody, and we lost two people for thirty years.”