The news became a national sensation almost immediately after it happened. A group of four black young people in Chicago attacked a mentally-challenged white teenager, tied him up with tape and proceeded to torture him while hurling racial epithets. The group also yelled derogatory things about President Elect Trump. Making matters even more heinous, the group broadcast the video, streaming it live on their Facebook feed. 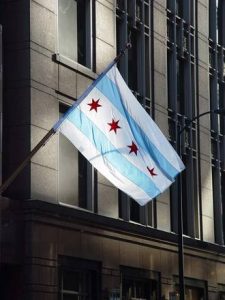 Given the controversy that was stirred by the brutal attack, it’s no surprise that the public has demanded swift and severe punishment of those responsible. The four people involved have already been arrested and stand accused of hate crimes. Though this might seem like a perfect use of the hate crime legislation given that the group repeatedly made reference to the victim’s race, things aren’t always so clear given the broad interpretation of these laws.

Under Illinois law, like most states, hate crime laws aren’t really about hate, but instead about the reason a victim was targeted. The law says that a person can be charged with a hate crime when a person selects the victim due to actual or perceived race, color, creed, religion, ancestry, gender, sexual orientation, physical or mental disability or national origin…” Though most people assume these laws are about disliking someone else intensely, that actually isn’t much of a factor. Rather, targeting a person because of their membership in one of the protected groups above is what qualifies a crime as a “hate crime.” In each case, the person may have nothing against the victim, but this wouldn’t change the fact that the discriminatory intent motivated the selection of the victim, which is all that must be shown to justify a hate crime charge.

The problem in cases like this one is that though it seems clear the people involved in the attack did “hate” the victim in that they engaged in horrifically cruel behavior and hurled abusive language during the attack, this doesn’t automatically demonstrate that there was discriminatory intent in the victim’s selection. According to news reports, the victim was friends with one of the attackers and had spent several days hanging out with him prior to the violence. The attack itself began as a play fight that then got wildly out of control. The problem that prosecutors will now have to tackle is how can you prove that the reason the person was attacked was because of his race or disability, and not simply because the attackers are cruel or sadistic.

You might assume that the use of racial insults during an attack would amount to all the proof needed to justify hate crimes charges. Though it’s true that the language used during an attack is often used as evidence that the person was targeted based on race, courts have said speech is not always sufficient evidence of discriminatory intent. In some cases, the racial insults may simply be another means of intimidating or abusing the victim, not an indication of the reasons for attacking the person in the first place.

The lesson here is that even in cases that seem so black and white, there can be a lot of gray area. Prosecutors in Chicago will likely have a more difficult time than many people assume making their case, even though the evidence, at least on the surface, appears to be so strong.