Criminal courts use proof beyond a reasonable doubt, the highest legal standard of proof, to ensure that people are imprisoned for actually committing a crime rather than merely being suspected of committing it. 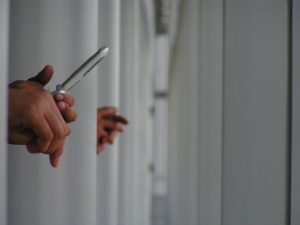 However, the criminal justice system is not flawless, which is why it is not uncommon for criminal courts to convict or incarcerate an innocent person who did not commit a crime. If you were imprisoned for a crime you did not commit, do not hesitate to contact an experienced criminal defense attorney in North Carolina.

While you cannot get back the time lost from your family and ordinary life, seeking a wrongful incarceration lawsuit can help:

In 1976, a man of Concord, North Carolina, was accused of raping a woman after she told the police that an unknown man had sexually assaulted her in her home. The man was sentenced to life imprisonment. As reported by the Black Enterprise, the man was recently released after 44 years in prison for a wrongfully convicted crime.

The man’s conviction was vacated by the state of North Carolina. U.S. Fourth Circuit Court of Appeals Judge explained that the state vacated the man’s conviction after “a trickle of post-trial disclosures has unearthed a troubling and striking pattern of deliberate police suppression of material evidence.” The evidence included fingerprints and samples of semen from the crime scene that did not belong to the convicted man, but these and other details were deliberately withheld by law enforcement.

At this point, it is unclear whether the man, who was wrongfully incarcerated for over four decades, would pursue compensation from the state of North Carolina.

How can You Obtain Compensation for Wrongful Incarceration in North Carolina?

If you were exonerated after wrongful incarceration, you could be able to pursue compensation by:

Under the North Carolina law, a person who was wrongfully incarcerated for a felony in a state prison or jail but has been pardoned or declared innocent after the conviction is entitled to financial compensation. In order to obtain compensation from the state of North Carolina, the exonerated individual must file a claim with the state’s Industrial Commission within five years of being issued a pardon.

In addition, a wrongfully incarcerated individual can bring a separate civil rights lawsuit in a state or federal court, regardless of whether they obtained financial compensation or not. These lawsuits have nothing to do with claims handled by the Industrial Commission. A civil lawsuit can be pursued against at-fault parties such as law enforcement agencies, government entities, and others.

If you or your loved one were wrongfully convicted of a crime or wrongfully incarcerated in North Carolina, talk to a skilled criminal defense lawyer right away. Contact our attorneys at Arnold & Smith, PLLC, to discuss the most appropriate course of action in your particular situation. Call our lawyers at Arnold & Smith, PLLC, at (704) 370-2828 to evaluate your options or fill out our contact form. Now taking cases throughout North Carolina with offices in Uptown Charlotte, Mooresville and Monroe.