The most recent research published on 24/7 Wall St. revealed the most common types of crimes that are being committed in Charlotte and other parts of North Carolina. The study concluded that in 2018, the most recent year for which crime data is available, crime was more common in North Carolina than it was on average across the United States. 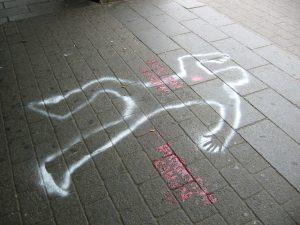 What are the Most Common Types of Crimes in North Carolina?

The study revealed the most common types of crimes committed in North Carolina. They were broken down into two categories:

Also, the study found that Mecklenburg County, in which Charlotte is located, had the highest crime rate in the state (4,212 per 100,000 residents).

How a Criminal Defense Attorney can Help

If you were charged with any of the above-mentioned crimes or any other crime in Charlotte, Mooresville, or Monroe, do not hesitate to contact our skilled criminal defense attorney at Arnold & Smith, PLLC.

Our results-driven and knowledgeable criminal defense lawyers handle all of the crimes mentioned earlier. An experienced attorney can help you get the criminal charges against you dropped or reduced by: