New North Carolina laws as part of the state’s criminal justice reform went into effect on December 1, 2020. As a result, more North Carolinians are eligible to apply for expungement of their criminal record to eliminate barriers to employment, housing, education, benefits, and voting. 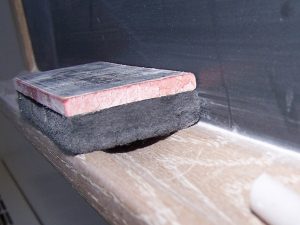 The state’s Second Chance Act and First Step Act allow people with a criminal history to remove some qualifying criminal history from their record. The new laws come a month after North Carolina implemented Executive Order 158, effective on November 1, which affected more than 1.7 million residents who have a criminal record.

Which Convictions Can be Expunged Under the New Law?

Under the new law, thousands of criminal convictions became eligible for expungement, according to The Charlotte Post. But who can petition a state court to expunge convictions under the new reforms?

However, not all crimes qualify for expungement under the new North Carolina laws. The purpose of the reform was to help more North Carolinians with juvenile and certain non-violent misdemeanor and felony convictions to get their records cleared.

Also, as part of the new reform, dismissed and “not guilty” records will be expunged automatically from December 1, 2021.

Who Can Benefit From the New North Carolina Laws?

Supporters of North Carolina’s criminal justice reform praise the new laws because they were designed to benefit people of color who become victims of racial bias by the state’s criminal courts, prosecutors, and police officers.

This year’s protests against racial injustice fueled public interest in North Carolina’s Second Chance Act and First Step Act, which were approved by the state’s General Assembly in 2019.

Under the First Step Act, a judge can disregard the rules surrounding mandatory sentencing and punishment for drug-trafficking convictions if the defendant:

The Second Chance Act, meanwhile, allows North Carolinians with multiple misdemeanors (after seven years) and low-level felonies to qualify for expungement if they received a “not guilty” verdict or their charges were dismissed.

Also, you could expunge a juvenile conviction if you were under the age of 18 when the offense occurred and you were convicted of a misdemeanor or Class H or I felony in North Carolina’s adult court. The only exceptions are driving while impaired (DWI) and motor vehicle offenses as well as sex offender registry-related convictions.

Contact our North Carolina criminal defense attorneys at Arnold & Smith, PLLC, to help you file a petition to have criminal records expunged under the state’s Second Chance Act. Get a phone or video consultation by calling at (704) 370-2828 to speak with our detail-oriented and well-versed lawyers with offices in Charlotte, Lake Norman, and Monroe, please contact Arnold & Smith, PLLC today or find additional resources here.

Can I Clean Up My Criminal Record?

Can Criminal Charges be Dropped?