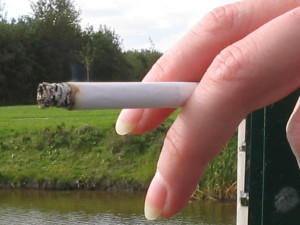 Mecklenburg County Health Director Marcus Plescia disagrees. Smoking is still causing rising rates of heart disease, cancer and diabetes in Mecklenburg County, he said. So he wants Mecklenburg County to ban tobacco—meaning no smoking, no chewing tobacco and no electronic cigarettes—in parks. He said an all-out ban on tobacco would save lives and money.

Plescia added that enforcement of the proposed ordinance would involve “what we refer to as social enforcement.” Instances in which police “have to be called out” are rare, he said. If police are called out, violations of The Smoke-Free Restaurants and Bars Law and ordinances enacted under its authority are not punishable as misdemeanors, meaning violators are only subject to fines.