The incident over the weekend in Charlottesville, VA where neo-Nazis and white supremacists gathered to protest the removal of Confederate statues resulted in the tragic death of a young woman. According to authorities, the woman was a counter protestor and was standing on a street corner with others shouting down the assembled white supremacists. James Alex Fields, Jr. is said to have driven his vehicle onto the sidewalk, striking several counter protestors and killing one. 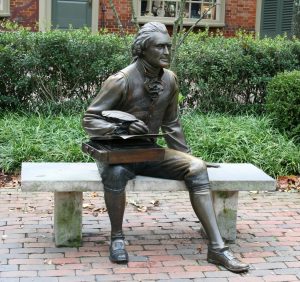 The attack has generated an enormous amount of controversy, much of it political, and raised some questions about what criminal charges might result. At the local level, authorities say they intend to level several claims against Fields. First, they intend to bring murder charges due to the death of the young woman. Second, they intend to charge Fields with malicious wounding for the injuries sustained by the 19 other counter protestors. Third, prosecutors have said they will bring hit-and-run charges.

In addition to the local charges, experts are waiting to see what the Department of Justice does from a federal perspective. So far, there are at least two options under consideration. According to Attorney General Jeff Sessions, the attack in Charlottesville is being investigated by FBI agents as potential domestic terrorism as well as a possible hate crime. According to Sessions, the attack in Charlottesville meets “the definition of domestic terrorism in our statute”.

Turning first to the issue of hate crime prosecution, authorities point out that just because Fields has a long history of sympathizing with Nazi points of view is not, on its own, enough to secure a hate crime conviction. To win a hate crime conviction, prosecutors must show that the criminal act was motivated by hatred towards certain specifically enumerated groups. Prosecutors will look to draw a direct connection between the defendant’s ideology and the criminal act that took place.

How will they prove a connection? Experts say hate crimes are notoriously difficult for prosecutors because it requires putting yourself inside the mind of the offender and understanding motivation. Investigators will need to comb through Fields’ social media accounts and online history. They will likely talk to family members and friends, those who have known him for years. The goal will be to understand his background and thought process and learn whether the actions taken were motivated out of a desire to specifically injure a certain group of protected people.