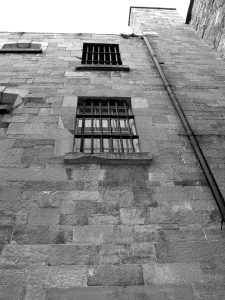 North Carolina is the last state in the nation to treat 16 and 17-year-olds as adults in the court system. The way teenagers are charged for most crimes in Charlotte and elsewhere in the state is about to change thanks to the state’s landmark “Raise the Age” law going into effect on December 1, 2019.

The new law will raise the age of juvenile court jurisdiction from 16 to 18, creating a level playing field for youth.

What the landmark criminal justice reform means is that beginning December 1, 16 and 17-year-olds will be automatically charged and prosecuted as juveniles and not adults.

If you are a juvenile or parent whose child who has been accused of a crime in North Carolina, speak with a Charlotte criminal defense attorney from Arnold & Smith, PLLC, to navigate the newly reformed court system.

For serious crimes, 16 and 17-year-olds will still be charged as adults though they will go first to juvenile court, according to WCNC. Advocates for the reform insist that processing teenagers in the juvenile system can improve public safety.

Since the reform will focus on changing the juveniles’ behavior, advocates are certain that the rate of reoffending will go down, making communities safer.

How Will the ‘Raise the Age’ Law Work in North Carolina?

When a juvenile commits a serious crime – such as violent crimes or sex crimes – after December 1, the suspect would first be processed in the juvenile court system. However, after finding probate cause, the case would be moved into criminal court, and the suspect would end up being tried as an adult.

The “Raise the Age” law in North Carolina will require to treat 16 and 17-year-olds as juveniles for mostly misdemeanor crimes such as larceny, shoplifting, trespassing, drug crimes, and others.

Under the new law, North Carolina juveniles can apply for college without a felony on their record, be eligible for student loans, and receive public housing.

While the idea of keeping non-violent juvenile offenders out of North Carolina adult criminal courts was well-received by the public, the reform’s minimum age at which juveniles can be prosecuted in court has become a controversial topic.

According to Indy Week, of states that set a minimum age of juvenile jurisdiction, North Carolina has the lowest, which is 6 years old. Advocates of raising the minimum age from 6 to 10 say young children lack the capacity to stand trial at that age.

In other words, someone as young as 6 years old generally cannot grasp the charges, judgments, proceedings, and other legal procedures. Besides, many children who commit crimes will not even remember the incident that brought them to “justice.”

If your child was accused of a crime, contact a Charlotte criminal defense attorney right away. Here at Arnold & Smith, PLLC, our lawyers understand the negative consequences of being charged with a crime as a child, which is why we fight for the most favorable outcome to protect your child’s freedom and criminal record. Call at 704-370-2828 or complete this contact form for a free case evaluation.