Charlotte DWI Lawyer Brad Smith answers the question: “Do I have to perform the field sobriety tests when I’m pulled over for DWI in NC?”

One of the things that critics of marijuana legalization have long argued is that by opening the door to marijuana you would encourage other criminal infractions, with pot serving as a kind of gateway to all sorts of bad behaviors. This could include increased use of stronger drugs, commission of petty crimes and increases in rates of impaired driving. A recent study commissions by the Philadelphia Federal Reserve comes to the opposite conclusion, finding that marijuana legalization in Colorado ushered in even lower crime rates. To learn more, keep reading. 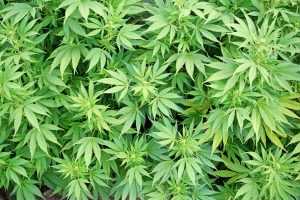 Part of the legalization process involves creating stores, known as dispensaries, to sell the marijuana to consumers. There were concerns by many that these dispensaries would contribute to crime and attract an unsavory element. Many communities viewed the dispensaries with suspicion and subscribed to the “not in my backyard” school of thought. To find out whether this feeling was warranted, a group of researchers set out to study the impact of marijuana legalization on neighborhood crime in Denver, Colorado.

First, the study noted that marijuana dispensaries are not evenly spread across the state. A number of communities have specifically banned them, saying that recreational use is allowed, but dispensaries themselves must locate elsewhere. The study discovered that the dispensaries are primarily located in larger, urban areas and are much more likely to be found in places with higher rates of poverty and higher minority populations.

Though the dispensary appears to reduce all kinds of crime, the effect is most pronounced for nonviolent crimes, like trespassing and criminal mischief. That said, it was also observed that there was a reduction in violent crimes, such as aggravated assault, though the reduction wasn’t as substantial. The study says that legalization of marijuana appears to lower neighborhood crime by a significant margin by disrupting the current illicit market of drug dealers. However, it’s important to note that there is not much evidence that legalization of marijuana disrupts or reduces the sale of other illegal drugs.

Though the study is limited in that it only tracks events in Denver, it should hopefully prompt other researchers to investigate crime rates in other states that have legalized marijuana use. The results should also prompt some neighborhoods to reconsider their objection to dispensaries, as the data clearly shows that a dispensary does not lead to increased crime. Quite the opposite in fact, it helps the neighborhood by aiding in the overall reduction of crime in the area.