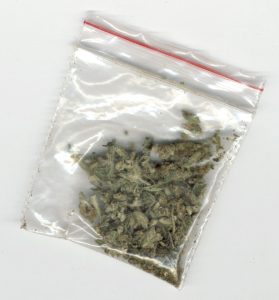 Senator Paul Lowe of Forsyth has introduced Senate Bill 58 to the North Carolina Senate in February. This bill would make possession of marijuana for personal use legal up to three ounces. If an individual was in possession of more than three ounces of marijuana, he or she would be charged with a Class 1 misdemeanor. A Class 1 misdemeanor currently carries the potential punishment of a maximum 120 day jail visit and fees that are up to the discretion of the judge.

Aside from changing the limits on the amount of marijuana a person can carry before receiving a felony or misdemeanor charge, the bill also addresses the issue of those who have been previously convicted of marijuana possession under the current laws. The bill would allow those individuals who have been convicted for possession of up to three ounces of marijuana to receive an expungement. The expungement would not be automatic; those convicted would need to take steps to have their record expunged by filing a petition with the district attorney where the conviction took place. From there, a court hearing will commence to verify the contents of the individual’s petition and grant the convicted the expungement.

Criminal laws are always changing. The experienced criminal defense attorneys at Arnold & Smith, PLLC are here to help you navigate the changing world of criminal law. We stay up to date with current versions of the law to make sure that you have the best defense possible. Contact us today for a consultation. If you find yourself facing criminal charges and need the help of an experienced criminal defense attorney in or around Charlotte, Lake Norman, or our new office in Monroe, please contact Arnold & Smith, PLLC today at (704) 370-2828 or find additional resources here.