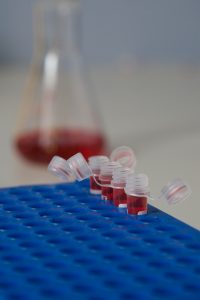 Earlier this year in State v. Bridges, the court ruled that a defendant could identify a substance as a specific drug and that would satisfy the state’s burden of identifying the substance. In Bridges, the court found that a defendant making an out-of-court admission to the police that identified what a drug is could satisfy the burden of proving the identify of the substance. This decision expanded the law on drug identification.

In State v. Osborne, the court further ruled on identifying drugs for criminal charges. The facts of the case are as follows. Police officers arrived at a hotel after receiving a call about a potential drug overdose. Upon investigation, the officers found the defendant unconscious and lacking oxygen, evidenced by her body “turning blue.” The defendant’s children were in the hotel room, as well as various items commonly associated with heroin use – needles, bent spoons, and burnt spoons. Additionally, there was a substance found in the room that the police suspected was heroin, and later tests proved this to be true. The police officers were able to revive the defendant, who admitted to the officers that she had used heroin before losing consciousness again. At trial, the state used the defendant’s admission of use, the tests of the drugs, and the officer’s account to achieve their burden of proof.

The trial court dismissed the defendant’s motion to dismiss for lack of evidence and the defendant was convicted on all charges brought. The court of appeals, however, vacated the heroin conviction. The prosecution relied on the defendant’s admission that she had used heroin, citing Bridges. This case is different from Bridges, however. The defendant in Osborne stated that she had used heroin, she did not make an admission that the substance in the hotel room was heroin. Therefore, the court found that there was not sufficient evidence to “establish the identify of the controlled substance beyond a reasonable doubt.” Additionally, the court further ruled that allowing this admission could eliminated the need for scientific tests to determine the identity of a controlled substance.

If you are having a hard time reconciling these two cases, you are not alone. Court rulings are often difficult to understand and take time to analyze. The criminal law attorneys at Arnold & Smith, PLLC  are here to help you with your criminal charges. Our attorneys know that confusion during a criminal charge can be difficult to process and you will want to know everything that is going on. We take the time to explain the charges and any potential outcome that can arise. We know that facing criminal charges is difficult and scary; we want to eliminate as many of your concerns as possible. Contact us today for a consultation. If you find yourself facing criminal charges and need the help of an experienced criminal defense attorney in or around Charlotte, Lake Norman, or our new office in Monroe (by appointment only until 2019), please contact Arnold & Smith, PLLC today at (704) 370-2828 or find additional resources here.

Should Addiction Be Punished As A Crime?