It may seem that facial recognition is everywhere in the 21st century. The technology that can identify a person by comparing an image of his or her face to a database of photos and videos is used by airports, police departments, and even your phone. 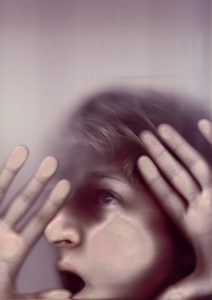 Technology is changing faster than lawmakers and regulators can catch up with it, and facial recognition is no exception, which is why the laws surrounding the use of the hot new technology are constantly changing.

Can North Carolina Police Use Facial Recognition to Arrest People?

That depends on the municipality and city the police department is as well as the type of technology used.

That same month, the Durham Police Department insisted that it did not rely on any form of facial recognition technology to arrest people. As police departments in North Carolina are cutting back on using facial recognition apps, whether police in the state can use the technology depends on the municipality and city.

While a police department in North Carolina may not use facial recognition itself, it does send photos of suspects to the Department of Motor Vehicles. The DMV, in turn, does use the technology to identify suspects and find a match in its database of driver licenses.

Typically, police departments send photos of suspects to the DMV, which, in turn, notifies the police if it has found a match.

The FBI Also Use Facial Recognition

The DMV is not the only agency that can use facial recognition. The Federal Bureau of Investigation (FBI) has a unit dedicated to facial recognition searches based on mug shots, ID photos, driver’s licenses, and other pictures. The unit is called the Facial Analysis, Comparison, and Evaluation (FACE) Services.

Although the FBI’s use of facial recognition may not impact state criminal charges such as DWI/DUI, it does affect federal charges, including drug crimes charged as a federal offense.

While many police departments in North Carolina refrain from using facial recognition technology to locate and arrest people, some use the technology to substantiate the evidence against criminal suspects. If the evidence against you was gathered through a facial recognition app in North Carolina, contact a Charlotte criminal defense attorney. You need a convincing criminal defense strategy to protect your privacy rights. Call our lawyers at Arnold & Smith, PLLC, at (704) 370-2828 to evaluate your options or fill out our contact form. Now taking cases throughout North Carolina with offices in Uptown Charlotte, Mooresville and Monroe.

The Legality of Doorbell Cameras in North Carolina