They say it is better to apologize late than never. However, the same principle does not apply when you are being accused of a crime, especially if you did not commit one.

Apologies are often mistaken for confessions in criminal cases, which is why you should not throw around words like “sorry” unless you want to incriminate yourself. The following story about a 29-year-old convicted felon from Charlotte is the most recent proof of that. 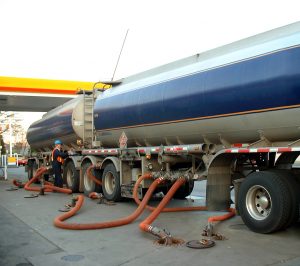 The story goes like this. In June 2018, the Charlotte man lost his temper when another driver slightly blocked his car at a convenience store, according to the Charlotte Observer.

Surveillance cameras caught the convicted felon’s car driving off as bullets kept flying out of the passenger’s side window toward the other motorist. As a result, four people – including the driver who blocked the felon’s car – were wounded and the store was damaged by gunfire.

The felon’s criminal defense strategy was to plead not guilty to multiple charges. The charges included attempted murder, discharging a weapon into occupied property, and assault with a deadly weapon.

When the Charlotte man’s case came to trial, the other driver testified about the shooting. That driver was also in custody at the time. After the trial, both the accused and the accuser were transported back to the Mecklenburg County Jail.

At some point in the jail, the accused apologized to the accuser for what had happened. Apparently, someone overheard the man saying he was sorry, which amounted to a confession during the trial the next day.

The prosecutor notified the accused’s defense attorney of his client’s “mea culpa” (an acknowledgment of fault), and that the state of North Carolina would ask the accuser to repeat to the jury what the man had said.

After two hours of fierce negotiations, the accused was forced to plead guilty to all charges after being confronted with the legal implications of his alleged confession. Superior Court Judge George Bell sentenced him to up to 20 years in prison, which is longer than what prosecutors initially offered before the trial.

Why You Should Not Apologize or Acknowledge Guilt

It is never a good idea to apologize to anyone unless you have consulted with a Charlotte criminal defense attorney and have prepared a guilty plea. When being accused of murder, assault, or another crime in North Carolina, one of the worst things you can do is:

Parents always teach their children to apologize for their mistakes, even if they are not necessarily at fault. That is why many people are inclined to apologize to the authorities and the alleged victim. While you may feel the need to acknowledge that another person was hurt by the incident, apologizing can make it seem as if you are admitting fault.

While you may be acknowledging guilt for a crime in an attempt to receive a free pass or reduce the sentence, admitting fault without a clear defense strategy makes it easier to prosecute you and may lead to additional criminal charges or convictions.

If you want to avoid serious consequences, speak with a Charlotte criminal defense lawyer instead of apologizing and acknowledging guilt. Contact Arnold & Smith, PLLC, to choose the most suitable defense strategy. Call at (704) 370-2828 to evaluate your options or fill out our contact form. Now taking cases throughout North Carolina with offices in Uptown Charlotte, Mooresville and our new location in Monroe.

Should I Take a Plea Bargain?