Is there a double standard regarding how North Carolina courts treat female versus male teachers who have sexual relationships with students of the opposite sex?

Is a female teacher more likely to escape harsh penalties for participating in a sex act with a male student just because she is a woman? Yes, there appears to be a clear gender bias in the sentencing of teachers who have sex with their underage students. 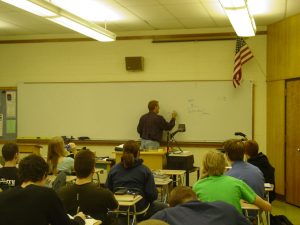 As reported by WCTI12, a 63-year-old Garinger High School teacher was accused of having a sexual relationship with a 17-year-old student. She was arrested on Halloween and charged with having sex with a student, felony indecent liberties with a student, and crimes against nature with a student.

Last summer, a female teacher and softball coach at Pamlico High School in Bayboro, North Carolina, was arrested for engaging in criminal sexual conduct with a student. The 33-year-old teacher was charged with felonies for taking indecent liberties with a student and participating in a sex act with a student, according to WLOS.

Are Female Teachers Less Likely to Have Sex with Students?

Statistically speaking, male teachers are more likely to get longer jail terms for having a sexual relationship with students. There was a 2013 study by the New Jersey Star-Ledger newspaper that concluded that male teachers receive harsher legal punishments in teacher-student sex crimes compared to female teachers.

There is an apparent gender bias in the sentencing of teachers who engage in sexual relationships with underage students. Traditionally, females have been perceived as more vulnerable to emotional and physical harm resulting from sex. Historically, statutory rape laws were written to protect females from male predators and abusers.

It is also true that male teachers are more likely to have sex with underage students. According to the Center for Sex Offender Management, female aggressors account for only around 10% of all sex crimes reported to law enforcement. At the same time, females account for over 30% of all teacher-student sexual offenses reported to authorities.

In many criminal cases, female teachers seem to get a slap on the wrist compared to substantial jail time that male teachers serve for engaging in a sexual relationship with an underage female student.

Bizarrely, one criminal defense attorney has infamously said that his female client was “too pretty” to go to jail to help her avoid jail time. It is also true that young male victims are less likely to report sexual abuse by a female teacher due to the stereotypes that seem to make it socially acceptable for adult women to engage in a sexual relationship with underage boys.

If you are a male or female teacher who is being accused of having sex with an underage student, get legal help. Speak with our Charlotte criminal defense attorney to fight for the best possible outcome in your case. Get a consultation by contacting Arnold & Smith, PLLC. Call at (704) 370-2828 to explore your legal options or fill out our contact form. Now taking cases throughout North Carolina with offices in Uptown Charlotte, Mooresville and our new location in Monroe.