Interestingly, the map of violent crime “hot spots” in Charlotte showed that most such crimes are occurring in the so-called crescent of lower-income neighborhoods in the west, north, and east of uptown. 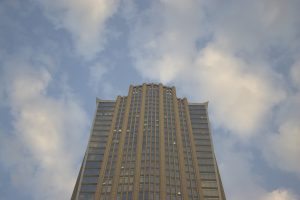 In three of those areas, there were 14 killings in 2019, though the Central Avenue area had no homicides. Although these four areas account for less than 1% of Charlotte’s landmass, they comprised a staggering 8% of violent crime last year.

The police identified 13 hotels and motels in the Sugar Creek Road cluster as the biggest culprit behind violent crimes in the areas. According to CMPD Deputy Chief Gerald Smith, prostitution, which remains a major problem in the area, contributes to secondary crimes, such as assault and robbery.

Smith also said that Hispanics are often targeted for armed robbery in the Arrowood Road area, though many crimes in the area may not be reported due to communication barriers. The same can be said about the Central Avenue corridor, which has seen high numbers of armed robberies in the area in recent years.

As for the Beatties Ford Road/LaSalle area, there has been a large amount of drug dealing, according to CMPD, while the homeless population is believed to contribute to the high crime rate.

Felonies are the most severe crimes, which usually apply to cases involving serious bodily injuries and extensive property damage. Punishment for felonies can be more than a year in prison, in addition to the loss of several rights as a citizen or immigrant.

While misdemeanors are less serious and carry shorter jail times and less severe fines, these convictions can still have a negative impact on an individual’s employment, reputation, and lifestyle. That is why it is necessary to have a Charlotte criminal defense attorney to defend yourself against criminal charges.

Why You Need a Charlotte Criminal Defense Attorney

Preparing a criminal defense strategy with the help of an attorney is important to fight against jail time and damaging criminal records. Here at Arnold & Smith, PLLC, our lawyers have helped clients fight charges in various situations, including:

Our lawyers have what it takes to protect your rights to pursue jobs, travel, education, and other privileges that a conviction may restrict or destroy altogether. Contact Arnold & Smith, PLLC, for a consultation about your case. Call at (704) 370-2828 to explore your legal options or fill out our contact form. Now taking cases throughout North Carolina with offices in Uptown Charlotte, Mooresville and our new location in Monroe.