In North Carolina, individuals who have HIV/AIDS can face criminal charges for having sex without the use of condoms or without informing their partner of their sexually transmitted disease (STD). But what about other STDs? Does North Carolina criminalize the transmission of all STDs? 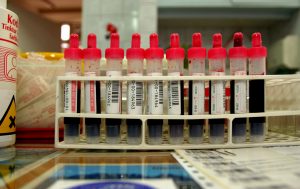 Those who know that they are infected with an STD can be charged with assault and even attempted murder if they expose other people by having sex or via other means.

Is it a Crime to Have Sex with an STD in North Carolina?

Meanwhile, people who are aware of their infection with HIV/AIDS or other STDs and expose another individual could face assault charges. Those “other” STDs include:

Although North Carolina does not have any specific HIV-related criminal statute, the state has one of the highest STD rates in the U.S., according to a recent study reported by Charlotte Observer.

Having Sex with STDs in North Carolina: Assault or Attempted Murder

Anyone who has HIV or another STD and is aware of it could be charged with assault in North Carolina as long as the victim can prove that the infected person intentionally exposed them to the disease.

Under North Carolina’s Gen. Stat. Ann. § 14-32 and 14-33, a person commits the crime of assault not only with physical force but also with the use of a “deadly weapon.” North Carolina considers any object or substance that could be used to injure or kill someone, including a virus or STD, a deadly weapon.

Thus, an individual who knows that they have HIV, syphilis, or another STD and engage in unprotected sex with someone, they could potentially face assault charges.

If someone knows that they have HIV or any other STD that could kill another person and exposes another individual through unprotected sex, biting, sexual assault, or any other form of transmission, that person could be charged with attempted murder as long as they have the intent to infect the victim.

Get Help from a North Carolina Criminal Defense Lawyer

Being accused of an assault or attempted murder for having sex while being positive for an STD is a serious offense. Under North Carolina law, assault with a deadly weapon is punishable by up to eight years of imprisonment, while attempted murder has the maximum prison sentence of 17 years.

If you are being accused of a crime for transmitting HIV or other STDs in North Carolina, do not hesitate to speak with our detail-oriented criminal defense lawyers in Charlotte. Contact Arnold & Smith, PLLC, to get legal advice and build a criminal defense strategy. Call our lawyers at Arnold & Smith, PLLC, at (704) 370-2828 to evaluate your options or fill out our contact form. Now taking cases throughout North Carolina with offices in Uptown Charlotte, Mooresville and Monroe.

Is There Gender Bias When Sentencing Female Teachers Who Have Sex with Male Students?

Is Groping a Crime in North Carolina?