Shootings and unlawful possession of firearms have spiked in Charlotte despite the COVID-19 pandemic and stay-at-home orders. Police department officials in Charlotte are urging the public to stay safe because it appears that the pandemic did not affect violent crime in the city. 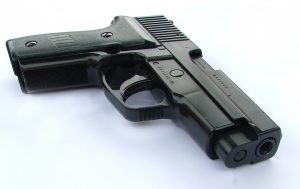 In mid-May, Charlotte-Mecklenburg Police (CMPD) released two videos showing daytime shootings in Charlotte. Both videos, captured by bystanders, depict crimes in the middle of residential areas in Charlotte. One of them was taken in an apartment parking lot, while the other shows footage of gunfire on the street in broad daylight.

According to Charlotte Observer, CMPD demonstrated both videos during a news conference on Facebook Live. This was a rare move by CMPD as the department does not usually release raw videos of shootings when the investigation is still ongoing. However, in these cases, multiple people have reportedly been arrested and charged.

Shooting in Broad Daylight is the New Normal in Charlotte

In one of the incidents on Twin Brook Drive, a person opened fire with a rifle while another individual returned fire. As seen in the video, around 60 shots were fired, some of which hit two neighboring homes and a motor vehicle. According to CMPD, no one was injured in the incident.

The second video shows what appeared to be an “ongoing dispute between neighbors,” which resulted in shooting outside an apartment complex on Woodstone Drive. One person was injured during the altercation.

According to police, five people were arrested in these two incidents. All five have been released on electronic monitoring.

While many law enforcement agencies across the country reported fewer crimes during the COVID-19 pandemic, it appears that violent crime did not go anywhere from the streets of Charlotte despite Mecklenburg County’s stay at home order.

Previously, we talked about how the coronavirus pandemic affected crime rates in Charlotte.

In the week ending on May 9, there were more than 30 shootings, in which at least 11 people suffered injuries. Compared to the same period last year, gunfire cases spiked by 30%. During this period, CMPD seized over 200 illegal guns, an increase of 33% from last year, and made 115 arrests for violent crimes (a 12% increase).

There were also fewer theft crimes during the county’s stay-at-home order. Drug crimes have decreased substantially, from 366 to 199 (a 46% drop) in the same period.

Can Police Take My Gun During a Traffic Stop?