Ask any American who was alive a generation ago or longer, and they will confirm what is apparent: The United States’ stances on marijuana possession and use are changing drastically.  While a criminal defense attorney may have once worked with a client on a serious marijuana possession charge at the felony level, this same charge today may be significantly less severe due to the nation’s changing attitudes on the drug. 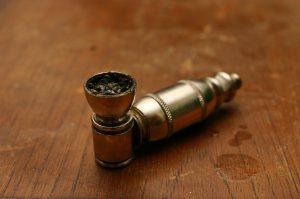 When a North Carolina resident is charged with possession of marijuana in their state, communication and collaboration with an experienced criminal defense attorney in their area is always the best action to take. However, there are some general points of reference regarding North Carolina’s marijuana laws that all residents and visitors alike should know.

In North Carolina, laws regarding the possession of Marijuana are included under the state’s North Carolina Controlled Substances Act. For individuals charged with less than a half-ounce of marijuana, the charge is considered a misdemeanor and carries a $200 fine.

Penalties for the Sale or Trafficking of Marijuana in North Carolina

For defendants charged with intent to sell any amount of marijuana over five grams, the charge is classified as a Class I felony. The charges for trafficking, however, are even more severe.  Defendants accused of trafficking between 10-50 lbs face a Class H felony with between 25-30 months in jail and/or a $5,000 fine.

When to Call an Attorney

As readers can surmise from this article, the penalties for marijuana in North Carolina vary substantially based on the amount involved and the intended action defendants had in mind regarding the drug. Defendants who can prove they only intended to use the drug for their own recreational use may face substantially lessened charges compared to those accused of the intent to sell and/or traffic the drug.

For years, the attorneys at Arnold & Smith, PLLC have been helping residents in Charlotte and throughout North Carolina navigate the logistics of their marijuana case. Please contact us today to get a phone, video or in-person consultation by calling at (704) 370-2828 to speak with our detail-oriented and well-versed lawyers with offices in Charlotte, Lake Norman, and Monroe, please contact Arnold & Smith, PLLC today or find additional resources here.

Can I be Arrested and Charged With DWI on Marijuana in North Carolina?