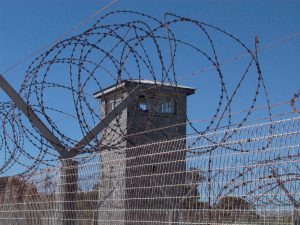 North Carolina took over responsibility for state execution of criminals in 1910. Convicted offenders with death penalty sentences wait for their fate in prison on death row. The state has executed 43 people since the current statute was put in place in 1977 but the last execution was in 2006. When the death penalty is carried out it is done in accordance with the current North Carolina execution protocol. Someone convicted of a capital murder and sentenced to the death penalty will not be eligible for parole and can expect to live the rest of their life in prison. Death row convicts will be moved to a separate location in the prison once they have exhausted all paths for appeal and will wait there for the date of their execution.

North Carolina male convicts on death row reside at Central Prison while females reside at the North Carolina Correctional Institute for Women, both located in Raleigh. Generally, those on death row spend most of their time in their cells or adjacent dayroom. They are allowed an hour a day for showering and exercising. Convicts may have limited jobs within the institution. Officers are always watching death row inmates and accompany them whenever they leave their cells, such as to go to dinner. They are allowed one visit per week without physical contact.

Findings Published in the Recent Report