One of the fundamental rights that American citizens have is the right to privacy. We have the right to feel secure in our person and be free from unreasonable searches and seizures and government intrusions. The Fourth Amendment to the United States Constitution grants us this right. The crux of the Fourth Amendment is providing protection from the police, or other governmental institutions, from searching you or your belongings without the proper justification. The American judicial system has a whole host of cases dealing with exactly how far the right to privacy extends. 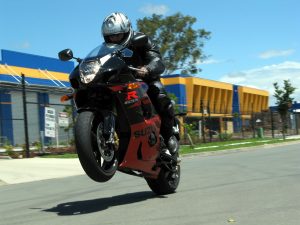 In Collins v. Virginia, police suspected that Ryan Collins was in possession of a stolen motorcycle. The motorcycle was suspected to be parked at Collins’ girlfriend’s home in the driveway. Instead of obtaining a warrant to search the property for the motorcycle, police relied on the automobile exception. While looking around the girlfriend’s house, the police observed an alleged motorcycle under a tarp. The motorcycle and tarp were not parked in the garage. Instead, the motorcycle and tarp were in a three-walled enclosure that was next to the house. The officers walked up the driveway and looked under the tarp and found the stolen motorcycle.

The police and the state of Virginia claim that the automobile exception applies to this case because it involved an automobile. The police then claimed they had probable cause to search under the tarp because they suspected that there was stolen property under it. Collins’ attorney  argued that the police did not have the right to invade his privacy. He argued that the three-walled enclosure was part of the home and therefore was subject to the right to privacy laws that are afforded to homes.

The court ruled that the automobile exception did not apply. The exception only applies to the inside of the vehicle, not an allegedly stolen vehicle under a tarp. Instead, the police were supposed to observe the heightened right to privacy that individuals have in their homes. The three-walled covering over the motorcycle and tarp are considered a part of the house and the right to privacy extended to it.

If you are suspected of committing a crime, your rights do not disappear. Regardless of the evidence surrounding the situation, a person is entitled to his or her constitutionally protected rights. The dedicated criminal defense attorneys at Arnold & Smith, PLLC are here to help you. We will examine every piece of evidence and make sure that the proper procedures were followed. There is no excuse for an infringement of rights. Contact us today for a consultation in or around Charlotte, Lake Norman, or our new office in Monroe (by appointment only until 2019), or call Arnold & Smith, PLLC today at (704) 370-2828