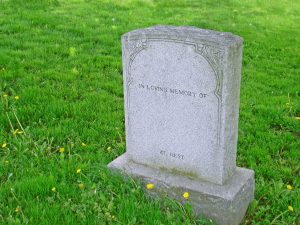 One such collision has recently occurred in Charlotte, North Carolina. A 16-year-old teenager was killed and two other people sustained injuries in the crash near the 300 block of Sardis Rd North. As reported by WCNC, when the police arrived at the scene, officers saw an SUV rolled onto its side.

A teenager, who was the rear seat passenger of the SUV, was pronounced dead at the scene. A preliminary investigation showed that the SUV was traveling at a high rate of speed when it ran off the roadway for an unknown reason and hit a power pole. The collision caused the vehicle to roll.

According to the report, the female driver of the SUV was charged with:

After the juvenile arrest, the driver was released to the custody of her parents. Speeding and alcohol and drug use are suspected to be contributory factors to the fatal crash in Charlotte.

What is the Death by Vehicle Charge in North Carolina?

Prosecutors must establish two elements to convict a driver of death by vehicle or vehicular homicide in North Carolina:

What are the Penalties for Death by Vehicle in North Carolina?

The criminal consequences associated with a conviction of death by vehicle depend on many factors, but possible penalties include:

Also, all drivers convicted of death by vehicle in North Carolina have their driver’s license revoked for at least 12 months. Speak with a skilled criminal defense lawyer in North Carolina if you were arrested for death by vehicle or any other crime. Call our lawyers at Arnold & Smith, PLLC, at (704) 370-2828 to evaluate your options or fill out our contact form. Now taking cases throughout North Carolina with offices in Uptown Charlotte, Mooresville and Monroe.