As the end of the year approaches, so does the deadline for implementing various new laws. Tradition in North Carolina dictates that new laws go into effect later in the year, giving law enforcement agencies time to prepare for the new measures and adjust any policies or procedures accordingly. December 1 is a popular date for the new laws, and this year is no exception. A number of new laws begin tomorrow, including several that create new crimes or enhance penalties for existing crimes. To find out more about what some of these new measures are, keep reading.

END_OF_DOCUMENT_TOKEN_TO_BE_REPLACED

Incidents involving drones are on the rise, and state legislatures are not waiting for the Federal Aviation Administration or the United States Congress to act on promulgating comprehensive civil and criminal rules on the unmanned aircraft. 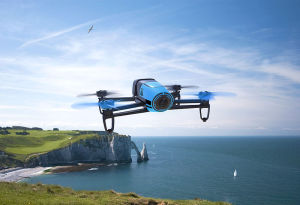 One state—Washington—is seeking to add to its criminal code a provision allowing prosecutors to allege a “nefarious drone enterprise” if drones are used in other crimes “from running drugs to scoping a house for robbery,” according to the San Francisco Chronicle. If it is proven that a criminal used a drone in connection with a criminal enterprise, an extra year in prison can be added to the criminal’s sentence.

Sen. Pam Roach, who is sponsoring the legislation, said the state needs to get ahead of the curve on a quickly emerging technology that is making “advanced, affordable personal-use unmanned aircraft” a reality. Unlike twenty other states—including North Carolina—the State of Washington has not issued any restrictions on drone use in the state.

University of Washington law professor Ryan Calo observed that the bill was tightly focused, adding “a year to the sentencing range that dictates how judges can punish an offense.” Calo wondered, however, whether the underlying offense was actually any worse simply because a drone was employed. “It would be like saying the crime of assault is different if it’s done with a hammer,” Calo said.

END_OF_DOCUMENT_TOKEN_TO_BE_REPLACED 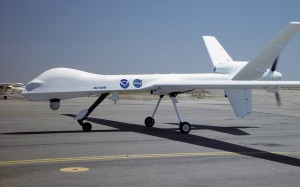